NAFTA: Ministers part ways before all important session next week 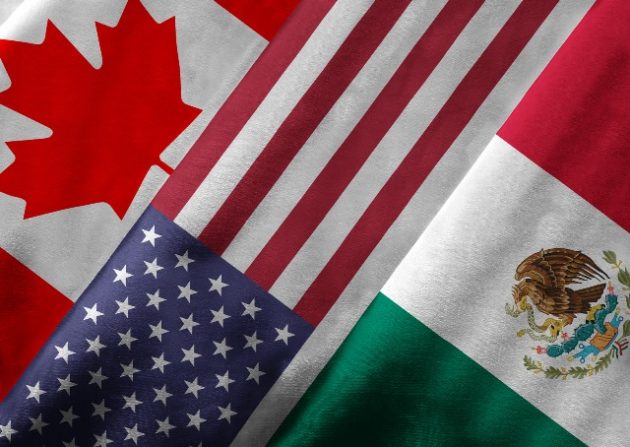 The prospect of a new NAFTA this year grows slimmer by the day, as national elections in the U.S. and Mexico approach quickly. PHOTO: Fotolia

WASHINGTON—NAFTA negotiators parted ways for the weekend with multiple issues still unresolved and mere days left before what’s being described as an unofficial deadline for getting a deal this year.

The lead ministers went home Friday, saying little about the prospects of completing a deal next week in time to meet deadlines before a pause is forced by national elections this year in Mexico and the U.S.

Mexico’s minister Ildefonso Guajardo said his country is getting closer to solving its central sticking point with the U.S.: automobile rules. Yet that matter remains unresolved, and other issues remain, he said.

Two other issues he listed involve American plans designed to remove some of the certainty from the agreement. The Trump administration wants to water down the dispute-resolution system, and create a so-called sunset clause that could end the pact after five years.

”There is a big variety of items,” Guajardo said as he left for the weekend.

”We are aware of (political) calendars. We know uncertainty is not good for markets. But, again, (the final deal) has to be a very good and balanced package.”

American officials estimate any deal beyond next Thursday would miss the procedural deadlines to vote on a final deal under the current Congress, which, depending on the midterm results, could be replaced by a very different-looking legislature in 2019.

The main rift at this stage pits the U.S. against Mexico. It centres on the Trump administration’s attempt to create rules that encourage auto production in the higher-wage northern countries.

With Canada’s hot-button issues with the U.S. not quite on the front burner this past week, Canada’s lead minister attended fewer and shorter meetings at the negotiating site.

Canadian officials walked out of the U.S. trade representative’s office Friday smiling and hailing a productive encounter, before they left for the airport and headed home.

”The atmosphere is good. There is a lot of good will, at the political level, at the level of officials… There’s a commitment to doing, really, what it takes to get it done…

Negotiating teams intend to consult with stakeholders back home, regroup again over the coming few days, and call their political bosses back in should the talks reach a key moment over the coming days.

At the White House, U.S. President Donald Trump again called NAFTA a terrible deal Friday, saying he wants better deals for his country. He made the remarks during a meeting with auto executives.

”We have some bad deals in this country. Between the Iran deal, NAFTA—we could look at any deal,” Trump said.

But some American lawmakers are also worried.

Lawmakers have heard the administration might threaten them to pass a new NAFTA quickly. What they fear is that Trump might start the six-month process of cancelling the old agreement in order to force them into a quick vote on the new one.

One influential Republican senator wrote in the Wall Street Journal that he would refuse that pressure tactic, in a piece titled, ”Don’t try to blackmail us on NAFTA, Mr. President.”

”To pressure us into voting for an agreement that diminishes free trade, some in the administration suggest offering a grim choice: either approve a diminished NAFTA, or the president will unilaterally withdraw the U.S. from the existing NAFTA, leaving no NAFTA at all,” said Pat Toomey, who sits on the Senate committee that handles trade bills.

”If presented with this ultimatum, I will vote No (on the new NAFTA), urge my colleagues to do likewise, and oppose any effort by the administration to withdraw unilaterally. Pulling out of NAFTA by executive fiat would be economically harmful and unconstitutional.”

Under the U.S. Constitution, the Congress controls international commerce. But for practical reasons, and in keeping with the president’s constitutional power over foreign affairs, lawmakers have historically granted the power to the White House—as long as they’re consulted on negotiations throughout the process.