Tuesday's vote could keep the border emergency intact, which effectively gives access to funding for work on "the wall" 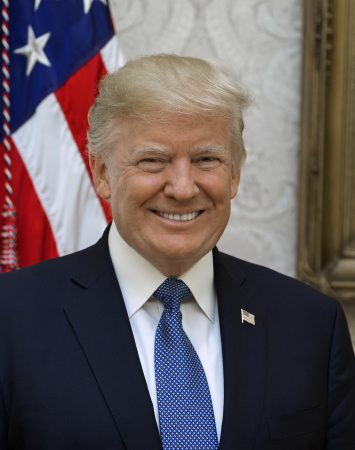 WASHINGTON – President Donald Trump is nearing a victory over Democrats as the House tries overriding his first veto, a vote that seems certain to fail and would let stand his declaration of a national emergency at the Mexican border.

Tuesday’s vote would keep the border emergency intact, which for now would let him shift an additional US$3.6 billion from military construction projects to work on a barrier along the southwest boundary. Building the wall was one of his most oft-repeated campaign promises, though he claimed the money would come from Mexico, not taxpayers.

Trump’s emergency declaration drew unanimous opposition from congressional Democrats and opposition from some Republicans, especially in the Senate, where lawmakers objected that he was abusing presidential powers.

But while Congress approved a resolution voiding Trump’s move, the margins by which the House and Senate passed the measure fell well short of the two-thirds majorities that will be needed to override the veto. That’s expected to happen again when the House votes Tuesday.

“The president will be fine in the House,” said Minority Leader Kevin McCarthy, R-Calif., in a brief interview. “The veto will not be overridden.”

Even with his veto remaining intact, Trump may not be able to spend the money for barriers quickly because of lawsuits that might take years to resolve.

Democrats were hoping to use the border emergency battle in upcoming campaigns, both to symbolize Trump’s harsh immigration stance and claim he was hurting congressional districts around the country.

The Pentagon sent lawmakers a list last week of hundreds of military construction projects that might be cut to pay for barrier work. Though the list was tentative, Democrats were asserting that GOP lawmakers were endangering local bases to pay for the wall.

Congress, to which the Constitution assigned control over spending, voted weeks ago to provide less than $1.4 billion for barriers. Opponents warned that besides usurping Congress’ role in making spending decisions, Trump was inviting future Democratic presidents to circumvent lawmakers by declaring emergencies to finance their own favoured initiatives.

Trump supporters said he was simply acting under a 1976 law that lets presidents declare national emergencies. Trump’s declaration was the 60th presidential emergency under that statute, but the first aimed at spending that Congress explicitly denied, according to New York University’s Brennan Center for Justice, which tracks the law.

The House approved the resolution blocking Trump’s emergency by 245-182 in February. On Tuesday, Trump opponents will need to reach 288 votes to prevail.

Just 13 Republicans opposed Trump in February, around 1 in 15. Another 30 would have to defect to override his veto.

This month, the GOP-led Senate rebuked Trump with a 59-41 vote blocking his declaration after the failure of a Republican effort to reach a compromise with the White House. Republicans were hoping to avoid a confrontation with him for fear of alienating pro-Trump voters.

Twelve GOP senators, nearly 1 in 4, ended up opposing him.

If the House vote fails, the Senate won’t attempt its own override and the veto will stand.