The buyer, Canadian subsidiary of Virginia-based BWX Technologies Inc, says the acquisition will nearly double its presence in Canada 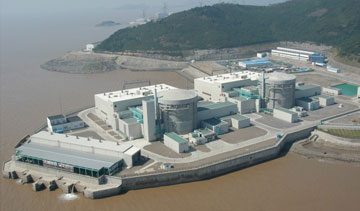 The buyer is a Canadian subsidiary of BWX Technologies Inc. (BWXT), a U.S. publicly traded company headquartered in Virginia.

BWXT says the acquisition will nearly double its presence in Canada and “signals a long-term strategic commitment” to the Candu nuclear power segment.

Ontario-based BWXT Canada has offices in Cambridge, Ont., and in Pickering, home to one of the province’s three large-scale nuclear facilities. Its says the GEH-C headquarters will remain in Peterborough, northeast of Pickering.

Financial terms of the GEH-C sale weren’t disclosed but the companies expect the deal to close in the fourth quarter after receiving Canadian regulatory approvals.