by Mike Blanchfield and Andy Blatchford, The Canadian Press  June 29, 2018

Ottawa's tariffs are set to do damage in a number of U.S. swing states, states Trump narrowly won in 2016 which are of utmost political importance to the U.S. president 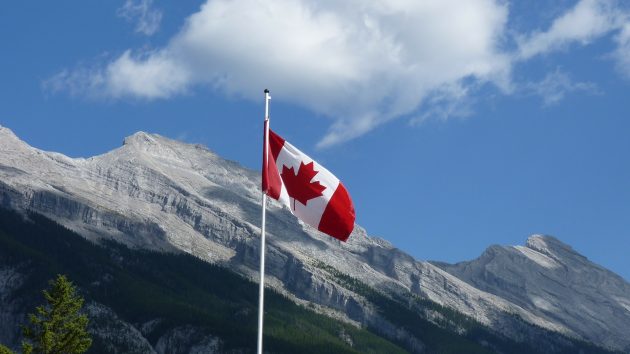 The federal government’s $16.6-billion list of retaliatory tariffs will kick in on Canada Day. PHOTO: Pixabay

OTTAWA—When Sen. Patrick Toomey looks at the future of the ketchup market in his home state of Pennsylvania, he sees real blood on the floor.

On Sunday, Canada’s $16.6-billion worth of retaliatory tariffs on dozens of U.S. products is set to kick in—the country’s answer to the crushing steel and aluminum tariffs imposed by the Trump administration.

Ketchup is on Canada’s preliminary list, and that has Toomey worried because Kraft Heinz is headquartered in Pennsylvania. Four years after the company shuttered its operation in Leamington, Ont., killing 750 Canadian jobs, Toomey—a Republican—fears the doors closing to workers in his state.

“We’re seeing the threat to their jobs,” Toomey told U.S. Commerce Secretary Wilbur Ross during his recent testimony before the Senate.

“I’m really concerned about the retaliation, which hasn’t even really started to hit us yet. But it’s going to hit the people who make Kraft and Heinz products.”

The impact of Canada’s reprisal will hit far and wide—beyond ketchup, beyond Pennsylvania, beyond its Rust Belt neighbours to other Trump-friendly Republican states in the Midwest and the south, according to an analysis of U.S. northbound exports by The Canadian Press.

Canadian duties will leave dents on Democratic states, like New York, Washington and Illinois, say federal government numbers based on data obtained from Statistics Canada and the U.S. Census Bureau.

Related: BREAKING: Ottawa details list of U.S. tariff targets, offers up to $2B in support

Shortly after Trump announced the tariffs, the Trudeau government threatened to levy a 10-per-cent surtax on dozens and dozens of American consumer goods—unless the U.S. backed down.

Washington has shown no signs of budging, so the Canadian retaliation is set to begin Sunday, which is also Canada Day. Prime Minister Justin Trudeau will mark Canada’s birthday with visits to two locations on the front line of the trade dispute.

One of Trudeau’s stops will be a big steel refiner in Regina. The other is the major canning and food processing operation in Leamington that was abandoned by Heinz.

Ottawa will release its finalized list of targeted products Friday—and if its preliminary lineup is any indication, the impact will not be negligible.

In 2017, Canada imported about $5 billion worth of those goods from Pennsylvania, Ohio, Michigan, Wisconsin and Illinois alone.

Ohio, the bellwether state that almost always determines who wins the presidency, is likely to be the hardest hit. It exported about $1.3 billion worth of goods to Canada last year.

“Ohio, as you know, is disproportionately hit. We’re hit harder than any other state by the Canadian retaliatory tariffs,” Sen. Rob Portman, a Republican, recently told the Senate finance committee.

But there is plenty of other pain to go around.

Of the listed items, Canada imported almost $158 million in Florida orange juice in 2017; almost $200 million in coffee from Washington state; about $176 million worth of toilet paper from Wisconsin and Ohio combined; and $112 million worth of panels for circuit breakers and fuses from Michigan.

Taking a closer look at ketchup, Pennsylvania leads all U.S. states in exports to Canada with $81 million in 2017. The state’s sales to Canada more than doubled from $45 million to more than $100 million in 2015—the year after Kraft Heinz pulled out of Leamington.

Since 1994 with the arrival of the North American Free Trade Agreement, Kraft Heinz says it has developed supply chains that allow the condiment to cross the continent, including into Mexico.

Av Maharaj, vice president of corporate and legal affairs at Kraft Heinz Canada, told The Canadian Press that the company is “obviously disappointed” by the escalating trade fight. He insists the tariffs could deliver a big financial hit to the company because it earns $2 billion per year in Canada.

“We have a very integrated supply chain at work that runs across North America and we don’t believe the tariffs imposed by Mr. Trump or the Canadian government are helpful for business,” Maharaj said in an interview.

“We are just now getting a handle on it, but I can tell you that the implication of the tariffs will be millions, potentially millions of dollars, if we do nothing and so we are obviously reaching out on both sides of the border and trying to figure out what we can do from a supply chain perspective to minimize the effects.”

Pennsylvania, Michigan and Wisconsin all went to Trump in 2016 by tight margins. Those states are among those that will feel the sting of Canada’s tariffs the most.

The Trudeau government insists it has carefully assessed where to place its countermeasure bull’s-eyes.

“In putting together these lists, the government and our fine officials have worked really hard to find lists that have the minimal impact on Canadians,” Foreign Affairs Minister Chrystia Freeland said recently in testimony before a parliamentary trade committee.

“Where possible we have sought to avoid intermediate goods and to put products on the list that can be easily sourced from either Canadian or other non-U.S. suppliers…

“The price will be paid in part by American consumers and by American businesses. I think we all agree that it is important for Canada to stand in defence of the international rules-based order, and we will do so. Canada’s policy will be that we will not escalate and we will not back down.”

Ottawa’s preliminary list also included prepared and preserved cucumbers and gherkins, which will impose tariffs on imports from Wisconsin that totalled $38 million last year and nearly $23 million from Michigan.

On the Michigan shores of Lake Huron, the president of family-run Gielow Pickles Inc. in Lexington says about 15 per cent of his business activity involves buying and selling cucumbers and pickles with partners in Canada.

He’s ready to absorb the tariff increases himself, if necessary. But Gielow is hoping for a quick resolution to the dispute.

“It won’t affect the bottom line for Gielow Pickles—it will come out of my pocket,” said Doug Gielow, whose company motto is “Fifth Generation Pickle People.”

“When my pocket’s empty, I’m going to have to pass it on… If you looked through my pocket, you’ll see it isn’t that full.”

—with a file from Tara Deschamps in Toronto