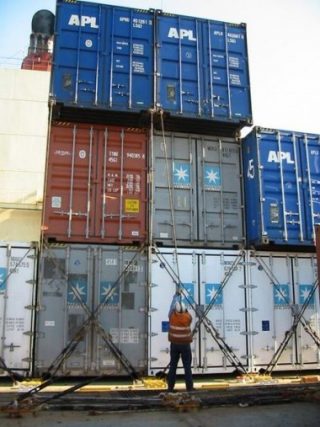 The $136 million investment will go toward modernizing the port’s Westside terminals, paving the way for larger vessels. PHOTO: Danny Cornelissen, via Wikimedia Commons

SAINT JOHN, N.B.—One of Atlantic Canada’s largest ports is launching a $205 million modernization project with the help of infrastructure dollars from the Canadian and New Brunswick governments.

Port Saint John, which currently handles 28 million tonnes of cargo every year, will look to enter the modern era by expanding the port—allowing it to accommodate larger vessels—and upgrading its cargo-handling technology.

“The provincial and federal investment in the Port of Saint John will create thousands of jobs,” New Brunswick Premier, Brian Gallant, said. “It will also help ensure that New Brunswick businesses are able to export and import competitively.”

The main aspects of the project include upgrading and consolidating the port’s Rodney and Navy Island terminals, as well as investing in operational systems and technology that will enhance the port’s cargo-handling capabilities. The federal and provincial governments will each invest $68.3 million in the project, leaving the port responsible for the remaining $68.4 million in project costs.

After spending five years of planning the major expansion, the port’s chairman, Peter Gaulton, said Port Saint John is pleased the two levels of government have helped make the project a reality.The modernization initiative is a “generational investment” that will provide a vital stimulus for the regional economy, he added.