Tom Donohue said dropping NAFTA would be 'devastating' for workers, businesses and the economy in Canada, Mexico and the U.S.; he urged the countries to modernize the deal, not throw it out 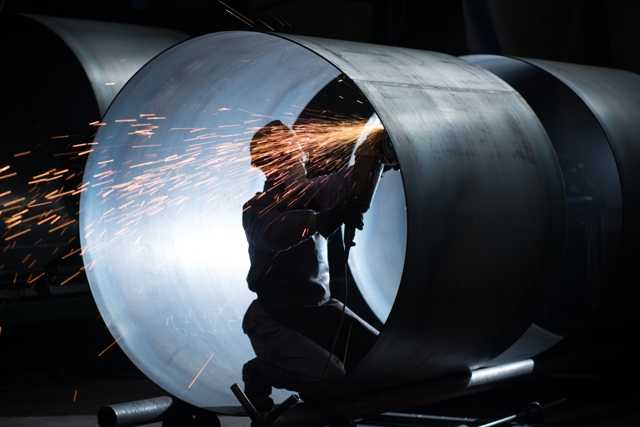 NAFTA supports millions of jobs and $1.3 trillion in trade between the three countries

OTTAWA—Tearing up the North American Free Trade Agreement will mean lost jobs in all three member countries, says the head of the U.S. Chamber of Commerce.

But Tom Donohue also said there are ways to improve the 23-year-old trade deal between Canada, Mexico and the United States and there’s potential to create a stronger agreement that will improve North America’s overall competitiveness with the rest of the world.

Donohue, who was critical of U.S. President Donald Trump before he was elected, came to Ottawa Feb. 6 with a largely conciliatory message about the need to move forward constructively on bettering the economies of NAFTA’s three countries.

He told an audience of business leaders, politicians and diplomats that the intertwined and integrated economies of Canada, the U.S. and Mexico are a good thing that must be preserved.

The message was largely in synch with the approach Prime Minister Justin Trudeau’s government has taken towards the Trump administration: stressing the deep economic ties and the fact that millions of U.S. jobs also depend on NAFTA.

Trudeau said Monday that his government has spent the last month dealing directly with the Trump administration and reinforcing the fact that the two economies are integrated “like no other two countries in the world.”

Trudeau also spoke Monday with French President Francois Hollande, two days after speaking with British Prime Minister Theresa May. Hollande and Trudeau discussed the upcoming G7 and NATO summits later this spring, gatherings that Trump is expected to attend. May’s conversation with Trudeau came after her recent meeting with Trump in Washington.

None of the readouts of the calls supplied by Trudeau’s office made any mention of Trump.

Trudeau’s cabinet ministers are also busy in Washington. Defence Minister Harjit Sajjan was there Monday for talks with his counterpart James Mattis, the U.S. defence secretary.

Finance Minister Bill Morneau said he will travel to Washington on Wednesday to meet new appointees in the Trump administration.

Trump has threatened to abandon NAFTA if it can’t be renegotiated to his satisfaction.

Donohue said the first priority with NAFTA is to “do no harm.”

“Let me say right up front that withdrawing from NAFTA would be devastating for the workers, businesses and economies of our three countries,” he said.

Canada and Mexico have become the two top U.S. export markets since 1994, he said.

While the rules of the agreement need to be modernized and improved, that should not “disrupt” the $1.3 trillion in trade between the three countries, he said. NAFTA’s visa provisions need to be upgraded to allow more movement for skilled workers, he added.

He also dismissed the possibility of NAFTA being replaced with separate bilateral agreements with the U.S.—something Canada has said it would be open to—saying that would give rise to “divergent rules” that would raise the cost of doing business, “destroy jobs and hobble our industries.”

He said the U.S. business leaders would fight hard at the NAFTA negotiating table for its “shared priorities.” The day after Trump’s victory, Canada announced it would be willing to renegotiate NAFTA to make it stronger.

Donohue’s Canadian counterpart, Perrin Beatty, called on the Trudeau government to begin consultations with businesses on the way forward on NAFTA.

Beatty said Canada will enter the talks from a position of strength because nine million American jobs and 35 U.S. states also depend on the deep trading links.

“I don’t expect Congress will do things to do a favour for Canada,” he said.