The change would scrap rules that require global automakers to work through state-owned partners, and reflects growing confidence in China's own young but fast-growing automakers 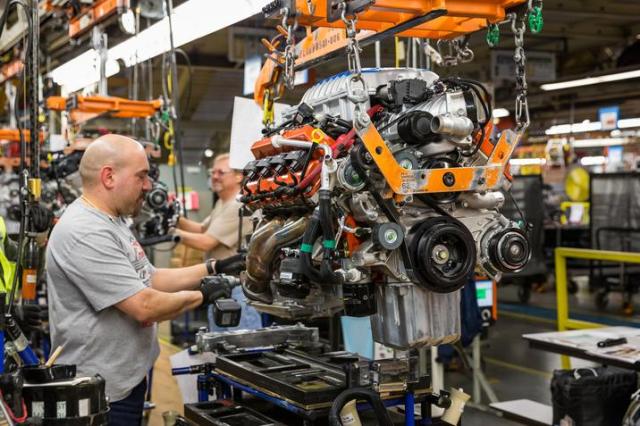 Limits on foreign ownership of electric vehicle producers will be eliminated this year, the Chinese Commerce Ministry said. That will be followed by a similar repeal for makers of commercial vehicles in 2020 and passenger vehicles in 2022. PHOTO: FCA

The change would scrap rules that require global automakers to work through state-owned partners, an arrangement that forces them to share technology with potential competitors. It was unclear whether that might mollify Trump, who has threatened tariff hikes on $150 billion of Chinese goods in response to complaints Beijing pressures foreign companies to hand over technology.

The step reflects growing official confidence in China’s young but fast-growing automakers and a desire to make the industry more flexible as Beijing promotes development of electric cars.

Automakers had been waiting for details since President Xi Jinping announced in a speech last week that ownership restrictions would be eased and auto import duties reduced.

Some private sector analysts saw Xi’s promise as an attempt to placate Trump, but Chinese government spokespeople said the plans had nothing to do with the trade dispute.

Tuesday’s announcement coincided with a Commerce Ministry order to importers of U.S. sorghum to post bonds to pay possible anti-dumping duties in a separate dispute. It said preliminary results of a trade probe found U.S. sorghum, a grain used as animal feed and in liquor distilling, was sold at improperly low prices that hurt Chinese farmers.

Limits on foreign ownership of electric vehicle producers will be eliminated this year, the Cabinet’s planning agency said. That will be followed by a similar repeal for makers of commercial vehicles in 2020 and passenger vehicles in 2022.

“Following a five-year transition period, all ownership restrictions will be lifted,” said the announcement by the National Development and Reform Commission.

Until now, global automakers such as General Motors Co. and Volkswagen AG have been allowed to own no more than 50 per cent of a joint venture with a Chinese partner and were limited to two ventures.

Automakers complied because they gained access to China’s populous market, which passed the United States in 2009 as the world’s biggest by number of vehicles sold. Sales of sedans, SUVs and minivans last year totalled 24.8 million units, about 55 per cent of which was American, European, Japanese and Korean brands.

Geely has bought a nearly 10 per cent stake in Daimler AG, becoming the German automaker’s biggest shareholder and gaining leverage to push for technology sharing. State-owned Dongfeng Motor Group, which has joint ventures with Nissan Motor Co. and other brands, bought a 14 per cent stake in France’s PSA Peugeot Citroen in 2014.

“Chinese companies such as Geely and Great Wall have financial power and technology resources,” said industry analyst John Zeng of LMC Automotive. “It’s not like 10 years ago, when foreign brands had a big technology advantage.”

He said the latest shift is part of Beijing’s effort to accelerate development of electric vehicles, which have a central role in the ruling Communist Party’s industry plans.

A deputy industry minister said in September that Beijing was developing a timetable to join France and Britain in ending sales of gasoline cars.

BYD Auto is the biggest global electric car producer by number of units sold and has a factory in California that produces electric buses. BYD Auto manufactures under its own brand and also has a joint venture, Denza, with Daimler’s Mercedes unit.

“Foreign brands will not have as much of an advantage as they had with combustion engines,” said Zeng. “More or less, Chinese brands already compete with them on a similar level in electric cars.”

The European Union Chamber of Commerce in China welcomed the announcement and said it looked forward to details in a “negative list” promised by Xi. That would lay out which industries are off-limits to foreign investors, leaving the rest of the economy open to competition, instead of the current practice of requiring approval for every activity.

“The European Chamber hopes that this list will be concise to allow much greater participation of foreign enterprise across multiple industries in China,” the group’s secretary general, Adam Dunnett, said in a written statement.

The United States, Canada and Mexico won a World Trade Organization ruling in 2008 that China was improperly promoting local components suppliers by imposing import taxes on autos assembled in Chinese factories from foreign parts. But by then, automakers already had shifted to local suppliers and were teaching them how to make better components.

Trump complained Beijing was hampering trade by charging a 25 per cent import duty on most cars while the United States charges less than 3 per cent.

The impact on companies such as GM, VW, Nissan Motors Co. and Ford Motor Co. that have joint ventures with Chinese partners is likely to be limited at first.

Their contracts with Chinese partners extend for up to 30 years. They have developed supply and factory networks, research centres and other joint activities that would be costly and difficult to unwind.

GM also has a venture with state-owned Shanghai Automotive Industries Corp. to produce and market vehicles in India.

The change could help U.S. electric brand Tesla, which has avoided a joint venture and wants to set up its own Chinese factory. Tesla imports its cars from California, which adds import taxes to the sticker price.