Canadian newsprint producers latest to be nailed with U.S. tariffs

The U.S. Department of Commerce slapped an overall tariff of 6.53 per cent on about 25 Canadian plants, mostly in Quebec and Ontario, following an investigation that began in August 2017 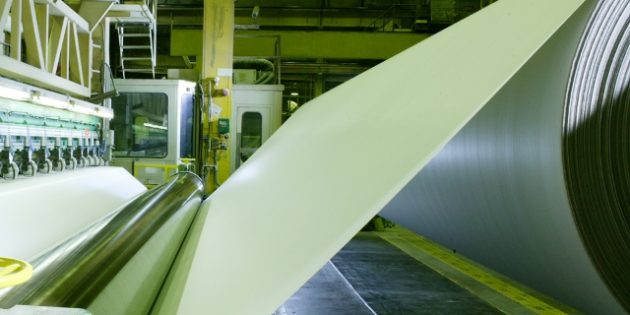 Canada is the largest exporter of newsprint in the world. PHOTO: Resolute Forest Products

TORONTO—Newsprint is the latest Canadian product to be hit with preliminary countervailing duties from the United States.

The U.S. Department of Commerce slapped an overall tariff of 6.53 per cent on about 25 Canadian plants, mostly in Quebec and Ontario, following an investigation that began in August 2017.

“The Department of Commerce will continue to evaluate and verify the accuracy of this preliminary determination while standing up for the American business and worker.”

Canada is the largest exporter of newsprint in the world, with a market dominated by Resolute Forest Products, Kruger and Catalyst Paper Corp. of British Columbia.

Resolute faces a preliminary duty of 4.42 per cent while the Catalyst Paper duty is 6.09 per cent. The duty against Kruger is 9.93 per cent and the preliminary penalty against White Birch is 0.65 per cent.

The U.S. Department of Commerce will make another decision on anti-dumping duties in March and the U.S. International Trade Commission will be asked to rule on the two measures in August.

It is the same argument made regarding Canada’s softwood industry, which led to the imposition of both countervailing and anti-dumping duties on most Canadian softwood exports to the United States.

“Any duties will have a direct and negative impact on U.S. newspapers, especially those in small cities and towns, and result in job losses in the American printing sector,” the ministers said in a statement.

“We will continue to work with our forest industry, provinces and territories, and communities across Canada to defend this vital sector against unfair and unwarranted U.S. trade measures and practices.”

Newfoundland and Labrador Premier Dwight Ball said in a statement that he is disappointed with the decision to place a countervailing duty on newsprint from Corner Brook Pulp and Paper, a division of Kruger Inc.

Ball said the provincial government will “explore every opportunity” to advocate on behalf of the company and the forestry industry.

“As a government, we have worked vigorously to advocate for local businesses and workers, including Corner Brook Pulp and Paper, against the increased protectionist environment that exists in the United States,” he said.

The U.S. Department of Commerce says Canada exported about $1.6 billion worth of newsprint to the U.S. in 2016.

The new duties comes as Canada and the U.S. continue to try to negotiate a trade settlement on softwood to replace the deal which expired in 2015. Canada is also seeking relief from the softwood duties in appeals through the North American Free Trade Agreement and the World Trade Organization.