Officials are perplexed at accusations Canadian negotiators are being inflexible, obstinate and unwilling to engage 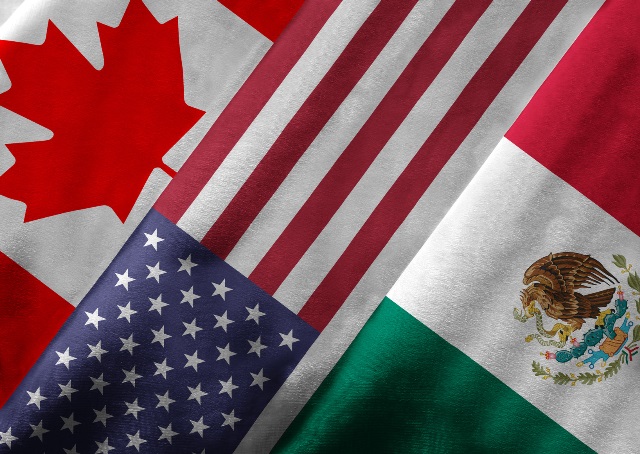 The trade battle is ruffling feathers in all three NAFTA countries. PHOTO: Fotolia

OTTAWA—Canada is shooting back at American criticism that it is being inflexible and unconstructive at the North American Free Trade renegotiation that has resumed this week in Montreal.

Canadian officials are taking direct aim at the narrative that its negotiators are being inflexible—or even obstinate—when it comes to discussing the controversial U.S. proposals to raise continental content on automobiles, scrap the dispute resolution mechanism, and institute a five-year sunset clause.

They say Canada has tabled complete chapter proposals on more than half of NAFTA’s 30 sections, and has put forward substantive proposals and text on every part of the entire agreement already.

Senior officials with direct knowledge of the negotiations discussed the Canadian approach with The Canadian Press on condition of anonymity because of the sensitive nature of the ongoing negotiations.

With written Canadian proposals sitting on all tables, the sixth round in Montreal is about returning in earnest to the bargaining to find a creative space that works for everyone, officials say.

Canada put most of its text on the tables by the end of the second round, and all of it by the third, officials said.

The so-called American poison pills on autos, dispute resolution and the sunset clause were tabled after that. That makes them counter-proposals as far as Canada is concerned, they added.

Because of that, Canadian officials are perplexed by reports the Trump administration is annoyed at Canada’s unwillingness to engage, as well as its insistence on including so-called progressive trade elements.

All four tenets of Canada’s progressive agenda—gender, labour, environment and Indigenous issues—are on the agenda for talks this week, officials said.

“The two agreed that all parties must show goodwill and that negotiators must continue to focus on issues that will promote economic prosperity in North America. Both ministers committed to achieving real progress during this round of NAFTA negotiations in Montreal,” Freeland’s office said in a statement that appeared aimed directly at U.S. Trade Representative Robert Lighthizer.

Environment Minister Catherine McKenna was in Mexico City on Monday, meeting with Mexican Environment Secretary Rafael Pacchiano Alaman. NAFTA’s environment chapter was at the top of their agenda.

McKenna said Canada and Mexico are on the same page about the issues, including the right to regulate the environment at home free from foreign trade challenges and the need to take action on climate change. Both countries want that reflected in the agreement but the United States, not so much so far.

“We are very aligned with Mexico when it comes to the environment chapter and I think we’re making steady progress with the U.S.,” said McKenna.

It’s “absurd” to say something like an environment chapter is threatening the negotiations, she added, noting that the U.S. said at the outset they wanted NAFTA’s side chapter on the environment negotiated right into the agreement.

Lighthizer is to be in Montreal next Monday to close the sixth round with Freeland and Guajardo. Freeland and Lighthizer are working on a meeting Thursday or Friday at the World Economic Forum in Davos, Switzerland.

The Montreal talks are unfolding under the ever-present threat that President Donald Trump will trigger NAFTA’s six-month withdrawal clause. Freeland, Prime Minister Justin Trudeau and other cabinet ministers say they are prepared for anything but are emphasizing their hope for a deal.

Mexico has been pushing a vigorous Plan B agenda, to compensate for a possible U.S. withdrawal and is communicating that to the Trump administration, according to sources familiar with that country’s negotiating position, who spoke on the condition of anonymity because of sensitivity of the talks.

Mexico is finishing up its free trade agreement with the European Union, which is happy to provide dairy products to replace American products. The EU “is keen to get that part of the market,” one source said.

Mexico has spent 10 months talking to Argentina and Brazil to find new sources of corn and wheat. “We are already looking for places to buy—in case—and the Americans know that.”

Champagne told reporters in Montreal on Monday that from Canada’s perspective, those aren’t the toughest part of the talks.

Rather, it’s the same issues that “were difficult at the time of Brian Mulroney, so we’re talking about Chapter 19 (dispute mechanism). There are things about procurement, there are things about the sunset clause (which requires unanimous approval every five years for the agreement to continue).”

As for the WTO complaint overshadowing discussions, Champagne brushed off its impact and said Canadians expect their government to be firm in its response to punitive U.S. trade sanctions.

“I think it’s quite appropriate to be firm and to stand our position and to say that we can engage constructively. And between friends you can also be clear when things don’t work out.”

—with files from Sidhartha Banerjee in Montreal