The breakthrough was announced at summit of EU leaders in Brussels. The EU has laid out its approach on issues including future security, defence and foreign policy ties, as well as the outlines of a future trade deal 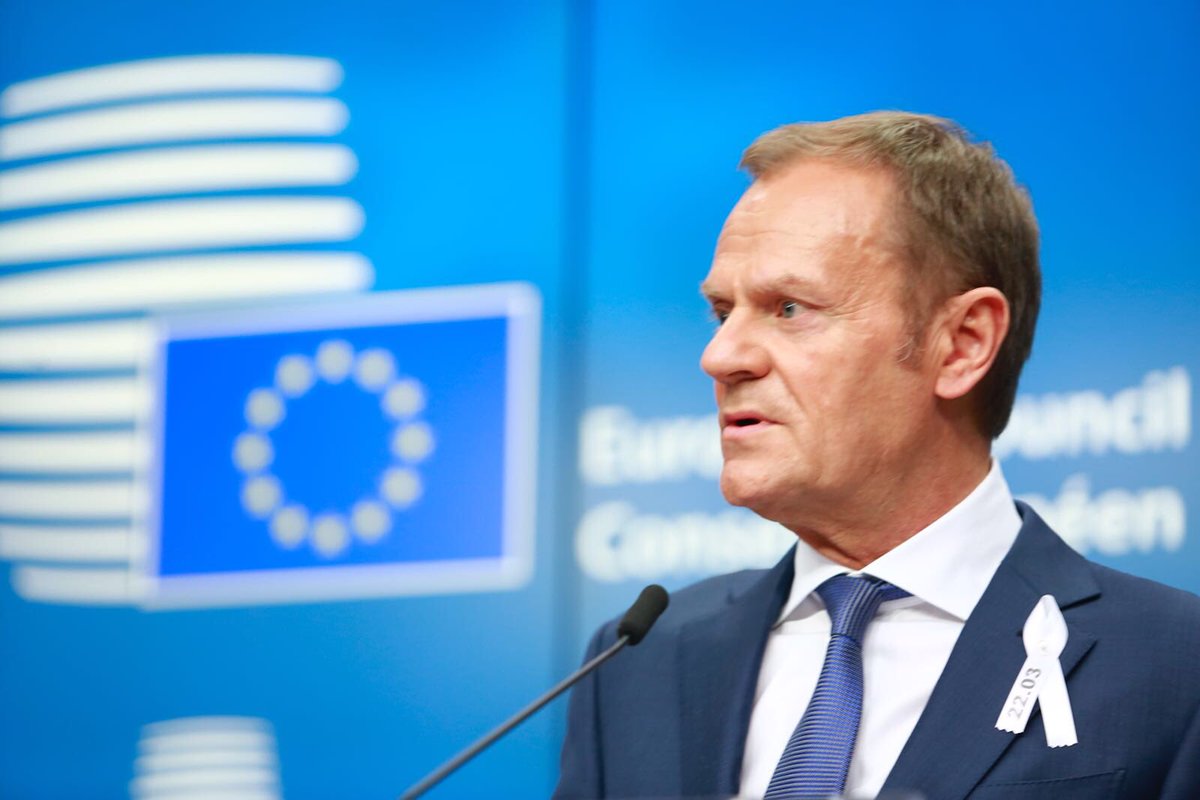 BRUSSELS—The European Union agreed on guidelines Friday that will govern negotiations on future relations and trade with Britain after Brexit, almost exactly a year before the country leaves the bloc.

The agreement was hailed as a big step forward by Britain, which only has months to seal sweeping agreements on trade, security and a host of other areas before it ceases to be an EU member.

At a summit of EU leaders in Brussels, European Council President Donald Tusk tweeted that the “EU 27 has adopted guidelines for the future EU-U.K. relations.”

The document lays out the EU’s approach on issues including future security, defence and foreign policy ties, as well as the outlines of a future trade deal.

Britain may negotiate trade agreements with other countries after it officially leaves the bloc at midnight on March 29, 2019, but no pact can enter into force without EU permission before the end of December 2020, after a post-Brexit transition. During that period, the country will remain part of the tariff-free single market and customs union even though it will be out of all EU decision-making bodies.

British Prime Minister Theresa May said the transition period would give people and businesses time to prepare for life outside the EU, and she welcomed the EU green-light to future trade negotiations.

“I believe there is a new dynamic now in the negotiations,” May said as she left the Brussels summit. “I believe we are approaching this with a spirit of co-operation and a spirit of opportunity for the future as well.”

After kissing May’s hand in front of reporters, EU Brexit negotiator Michel Barnier welcomed the move, saying “we are taking a decisive step in this difficult and extraordinary negotiation.”

However, the guidelines warn that the road ahead, particularly on trade, will be bumpy and that Britain should not expect to enjoy the close commercial relations it does today.

“Divergence in external tariffs and internal rules as well as absence of common institutions and a shared legal system, necessitates checks and controls to uphold the integrity of the EU single market as well as of the UK market. This unfortunately will have negative economic consequences, in particular in the United Kingdom,” the document said.

The major issue of the Irish border also remains unresolved. Britain and the EU both agree there must be no customs posts or other infrastructure after Brexit between Northern Ireland, which is part of the U.K., and EU member Ireland.

But the two sides have not agreed on how this can be done.

Irish Europe Minister Helen McEntee said Ireland wanted to see progress on the issue by June “at the latest” if a Brexit deal is to be completed by October, as both sides want. That would give EU parliaments time to ratify it before Britain leaves the EU on March 29, 2019.