With the House of Representatives turning blue, the Senate remaining red, and U.S. politicians starkly divided over Trump's protectionist policies, the fate of USMCA is up in the air 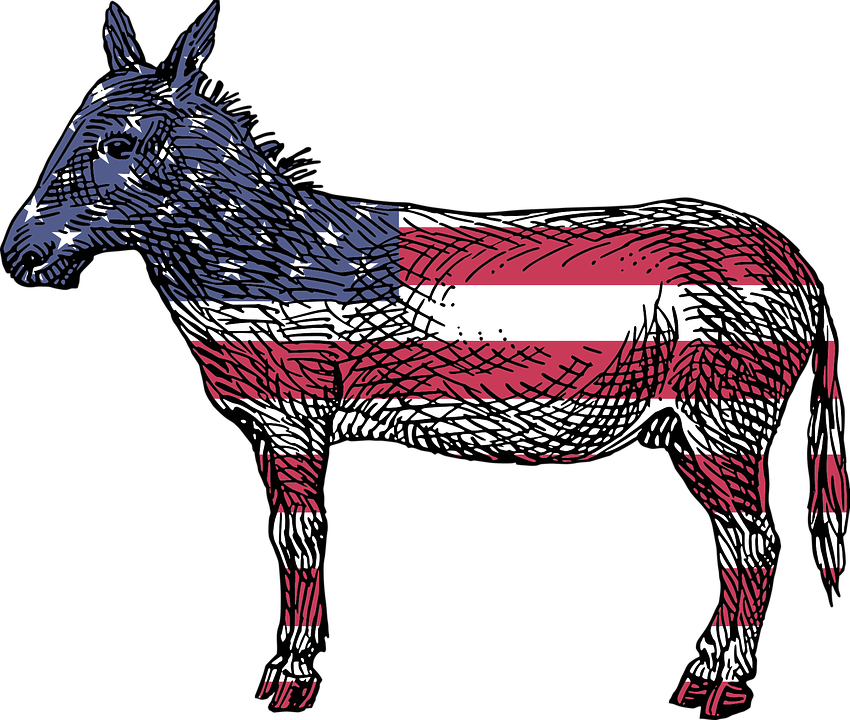 The Democrats have retaken the House of Representatives. PHOTO: Pixabay

WASHINGTON—If the midterm elections were supposed to wipe clear the uncertainty of tariffs, trade and other smudges on the window into Canada-U.S. affairs, well, have a look at the bizarro world of politics in the United States of America.

A Democratic majority in the House of Representatives was “very close to complete victory” for President Donald Trump. The election is both over and not over, thanks to vote-counting disputes in Florida, Georgia and Arizona. There’s a new trade deal, but the White House and Canada are still staring each other down over steel and aluminum.

So good luck getting odds on when, or if, the new Congress will ratify the new U.S.-Mexico-Canada Agreement.

“We don’t know yet,” Ohio trade lawyer Dan Ujczo said of how new House members are likely to vote when Capitol Hill takes up USMCA, something that he fears could now be a year or more away.

Many definite Yes voters went down to defeat in the midterms, he said, including Texas congressional members John Culberson and Pete Sessions, Minnesota’s Erik Paulsen and Iowa’s David Young, among others—introducing yet another element of uncertainty into a political dynamic that seems these days to know little else.

“They’re freshmen—are they going to get pulled in the direction of their caucus, or do they reflect the views of their voters?” he said. “There’s going to be a lot of pressure on them to vote Yes, but it takes time—and it may be time that we don’t have.”

While the hard-won agreement that emerged at the 11th hour six weeks ago after a 13-month marathon of difficult talks awaits a vote, the terms of the nearly 25-year-old deal it was meant to replace will remain in effect, federal officials in Ottawa say.

Powerful Republicans who oppose tariffs, such as Iowa Sen. Chuck Grassley and Senate Majority Leader Mitch McConnell, are still around and wielding their influence, they note. So are prominent Democrats who prefer the new deal to the old one, like Senate Minority Leader Chuck Schumer and Ohio Sen. Sherrod Brown.

But those steel and aluminum tariffs are still around, too.

“There have been some high-level discussions, but no direct negotiations,” Canada’s ambassador to the U.S. David MacNaughton said Friday of the plan to resume tariff talks with American trade czar Robert Lighthizer.

“I saw Ambassador Lighthizer last week, and I said to him, ‘When you guys are ready, let’s sit down and talk.’ ”

MacNaughton acknowledged that the midterms might have raised more questions than they answered. But there’s little concern within Canadian circles that Congress will do anything but approve the deal, when it gets around to it.

“There is a lack of clarity right now,” he said. “But as people begin to better understand the deal, I think you’ll be surprised at the degree of support there is.”

Another paradox: one might think a weakened Republican caucus would undermine the Trump doctrine of using tariffs to extract more favourable trade terms. In fact, if those members who survived the midterms feel the need to be more closely aligned with the president, the opposite could be true.

“The challenge is that the Trump administration, along with the American electorate, is creating a realignment in ideology of both parties,” said Capri Cafaro, a former Ohio state legislator turned Washington political academic.

That may be part of the reason why, in a combative White House news conference Tuesday, the president seemed genuinely cheered by the results, even taking the time to read off a list of Republican casualties who’d spurned his help on the campaign trail.

“Those are some of the people that, you know, decided for their own reason not to embrace … me or what we stand for. But what we stand for meant a lot to most people,” he said. “I’m not sure that I should be happy or sad, but I feel just fine about it.”

While it’s true that the Democrats won in a number of congressional districts where tariffs were an issue, such as in Ohio farm country, the margin of victory wasn’t enough to suggest to Ujczo that the outcome should be seen as a repudiation of Trump’s trade doctrine.

“What we did not see on Tuesday was where these farmers, farm country that’s losing half of its livelihood because of these tariff fights, move to the Democrat party. They didn’t,” he said.

“I think it may be a stretch to say that is support for continuing this trade policy into perpetuity, but they are giving the president a long leash.”