Too hot to handle: Politics of warming part of culture wars

by Seth Borenstein And Steve Peoples, The Associated Press  June 22, 2018

In the U.S., climate change has become a bipartisan issue. Most Republican candidates today cannot speak the words "climate change", let alone support policies to address it, without risking a fierce political backlash from their base 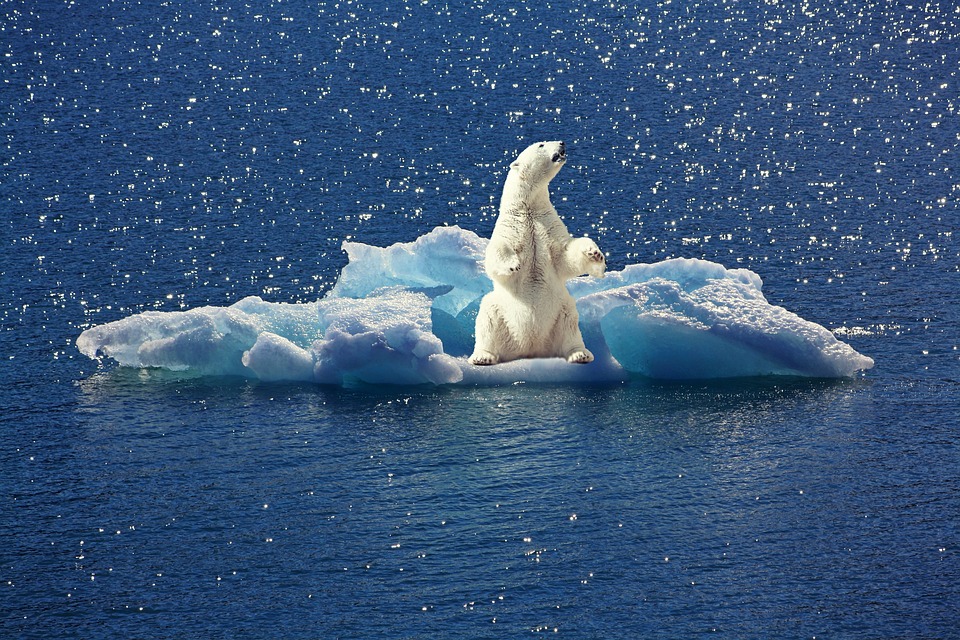 Polar bears have become the poster animal for climate change, an issue that one U.S. pollster says is more divisive than abortion. PHOTO: Pixabay

WASHINGTON—When it comes to global warming, America’s political climate may have changed more than the Earth’s over the past three decades.

NASA scientist James Hansen put the world on notice about global warming on June 23, 1988. Looking back, he says: “I was sufficiently idealistic that I thought we would have a sensible bipartisan approach to the problem.”

After all, Republicans and Democrats had worked together on an international agreement to fix the hole in the Earth’s ozone layer. Republicans would later represent eight of the 20 co-sponsors on the first major bills to fight climate change in the 1980s and 1990s.

Yet 30 years after Hansen’s initial warning, the issue is as much at the core of the nation’s political divide as abortion, same-sex marriage and immigration.

Related: Looking for signs of global warming? They’re all around you

Most Republican candidates today cannot speak the words “climate change”—let alone support policies to address it—without risking a fierce political backlash from their base, which increasingly believes that man-made climate change is a liberal fantasy. There’s virtually no space left for a climate change advocate in the Republican Party of 2018.

The former South Carolina Republican lost his congressional primary in 2010 after speaking out about global warming following a trip to the Arctic. He has since dedicated his professional life to convincing conservatives that climate change must be taken seriously.

“We hit a low in the tea party,” Inglis said. “That turned out to be a false bottom because we went lower with the election of Donald Trump.”

President Trump, who once tweeted that climate change was a “Chinese hoax,” pulled the United States out of the Paris climate agreement—the only country to do so—and his Cabinet has aggressively dismantled and dismissed government efforts to fight global warming.

It wasn’t always this way.

“A lot of Republicans were involved” in fighting climate change after Hansen testified, said former Democratic Sen. Tim Wirth of Colorado. In 1988, two months after Hansen’s warning, George H.W. Bush vowed to fight the greenhouse effect. Even 20 years later, Republicans adopted a party platform at the 2008 convention that openly addressed the threat of climate change.

At the same time, the party’s rhetoric also began to shift dramatically, adopting former Alaska Gov. Sarah Palin’s “Drill baby drill” catch phrase. Its embrace of fossil fuels, and rejection of climate change as a serious threat, only intensified with the 2010 rise of the tea party.

It is “a core element of Republican identity to reject climate science,” said Jerry Taylor, who for more than two decades downplayed global warming as an energy and environment analyst for the libertarian Cato Institute. Taylor now actively tries to fight climate change as founder of the Niskanen Center, a moderate think-tank with libertarian principles.

The political shifts haven’t been limited to Republicans. Many liberal Democrats have moved sharply to the left on environmental issues, ignoring nuclear energy as an option to fight climate change and thinking solar and wind can do it all, when it can’t, Hansen said.

Nearly 7 in 10 Republicans—or 69 per cent—think the seriousness of global warming is generally exaggerated, Gallup found in March. Among Democrats, just 4 per cent—not even 1 out of 10—believe the issue is exaggerated.

Academics, politicians and climate scientists say politics—and an industry campaign to shed doubt on the science—led to the public divide.

Fossil fuel industry interests seeing a threat from a 1997 international treaty that required U.S. carbon emission cuts spent a lot of money to “promote a message of confusion, a message of doubt,” said Harvard science historian Naomi Oreskes, who wrote the book “Merchants of Doubt” about this and other industry efforts.

“They were brutal,” Sen. Wirth said.

One of the few GOP members of the Climate Solutions Caucus with a passing grade from environmental activists, Fitzpatrick is quick to call out his Republican colleagues for “not putting their money where their mouth is” on environmental issues.

“It’s pretty obvious to me that climate change is caused in large part due to human activity,” Fitzpatrick said. “I think we all need to acknowledge that basic fact.”

The newly formed American Conservation Coalition is working across two dozen states to convince Republicans to return to their pro-environment roots. Yet the group’s website doesn’t mention the words “climate change” because it would alienate conservatives, said the organization’s Benjamin Backer.

“I hope that in the next decade, or hopefully a lot sooner, we can have a discussion about climate change where it’s not so partisan,” Backer said.