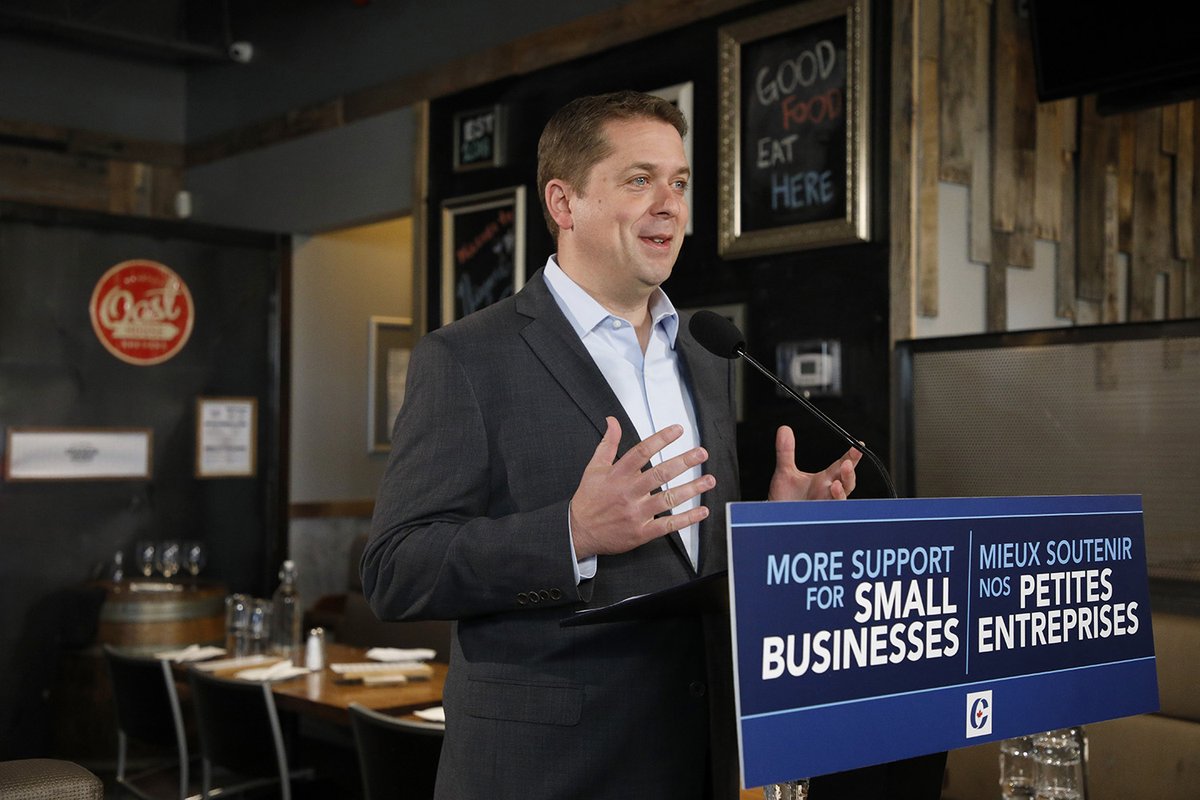 OTTAWA—Conservative Leader Andrew Scheer pivoted his campaign to the environment on Wednesday, announcing a tax credit for homeowners who make energy-saving renovations following a scathing attack a day earlier by his Liberal opponent, Justin Trudeau.

The 20% refundable tax credit could be worth up to $3,800 annually, he said, as he shot back at Trudeau’s promise from Tuesday to achieve zero net carbon emissions in Canada by 2050.

Scheer said Trudeau isn’t on track to meet Canada’s greenhouse-gas reduction targets for 2030, so there’s no point in taking his plan for 2050 seriously. He reiterated the new Conservative plan would give Canada the “best chance” to reach the 2030 targets, but his announcement carried no detailed analysis.

“These are all measures specifically designed to lower Canada’s emissions, but also lower global emissions,” Scheer said in Jonquiere, Que. “Canada is not the problem. We can shut down our entire economy here and within a matter of days, the production in China would replace everything that we produce here—all the emissions that we emit here.”

On Wednesday Trudeau was in Delta, B.C., where he announced a plan to develop employment-insurance benefits for people struck by natural disasters such as floods. He also pledged to develop a national plan to relocate Canadians whose homes are at risk of repeat flooding due to climate change, and promised interest-free loans for Canadians to make their homes more energy efficient.

On Tuesday, Trudeau branded Scheer as backwards and out of step on fighting climate change, linking him to Conservative politicians such as Doug Ford and Jason Kenney, the Ontario and Alberta premiers.

It was part of an attempt by Trudeau to reframe the election around the environment after last week’s revelations of his history dressing up in black- and brownface knocked his re-election bid off course. He has linked himself to the rising protest of young people around the world that is gaining momentum through the bitter scolding of world leaders that teenaged climate activist Greta Thunberg levelled at the United Nations this week.

Trudeau also provided no costing details to accompany his 2050 pledge and his commitment to halve the income-tax rate for companies that produce zero-emission technologies.

The NDP’s Jagmeet Singh, also in British Columbia, promised a “new deal” for that province Wednesday. He said an NDP government would take action and put forward funds to tackle money laundering and speculation in the housing market.

He said he would dedicate a unit of the Royal Canadian Mounted Police to fight money laundering and create a national registry to prevent companies from hiding profits they make from real estate.

Green Leader Elizabeth May opened Wednesday’s campaigning by offering a detailed spending breakdown her party’s platform. She pledged that her party, if elected, would balance the federal budget by 2024.

“We are able to put before you a budget that is balanced in five years. But to do that we have a number of really large, new revenue pieces,” she said in Halifax.

May said the Greens would increase corporate taxes, close the capital gains loophole, apply a wealth tax to Canadians with more than $20 million and eliminate fossil-fuel subsidies.

Scheer has also promised Canadians a balanced budget, but has yet to explain exactly how he would produce it. Trudeau says he is committed to investing in the future of the country, and has made no apologies for running deficits to do that.

People’s Party Leader Maxime Bernier also begins a western tour Wednesday, his first extended trip of the campaign, with an appearance at the Surrey, B.C., board of trade.