Premier Wynne last year imposed a two-year moratorium on new and expanded permits to take water for bottling, but water advocates are wondering what's the point of the moratorium if it's not enforced 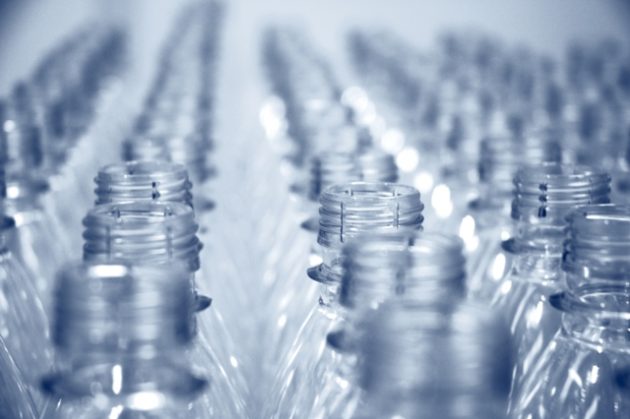 Nestle’s permits for Aberfoyle and Erin water-taking locations allow a maximum of 4.7 million litres to be extracted per day

TORONTO—Ontario is allowing several bottled water companies to take up to 7.6 million litres of groundwater per day on expired permits, as it gives them time to amend renewal applications in light of new rules.

Premier Kathleen Wynne last year imposed a two-year moratorium on new and expanded permits to take water for bottling, effective Jan. 1, 2017. That came after bottled water giant Nestle purchased a well near Guelph that the small but fast-growing township of Wellington Centre wanted for its future drinking water supply.

As of Aug. 1, water bottlers also have to pay $503.71 for every million litres of groundwater they take—up from the previous $3.71 fee.

During the two-year moratorium, the government is giving bottled water companies a long lead time to amend any renewal applications so they comply with new technical requirements that came into effect in the spring.

Nine expired water taking permits—which in some cases have been expired for more than a year—from seven bottled water companies remain in effect until the government rules on their applications. That could take 18 months, according to an industry representative.

Environment Minister Chris Ballard said the government has placed a lot of new demands on the water bottlers, so they need time to comply.

“What we’re asking companies to do now is exceptionally robust,” he said. “What we’re looking at is the science of taking water and this takes a fair amount of research on our part. It takes research on the part of the proponents.”

Nestle’s two permits for Aberfoyle and Erin water taking locations are by far the largest, with a total maximum of 4.7 million litres allowed to be extracted per day. It is essential that Nestle ensures it is fully compliant with the new rules, as one of the largest bottled water companies and likely among the first to have its application posted, the company said.

“We have made a public commitment to continue to fulfil all of these requirements as protecting Ontario’s water resources is of critical importance to us.”

But advocacy group Wellington Water Watchers is taking issue with the length of time the government is allowing companies to take water on expired permits for, as well as the process itself, arguing the companies should at least be more limited in their water taking amounts during this period of reassessment.

“It’s really just an open-ended process,” said chair Mike Nagy. “That’s similar to as if I’m driving with an expired licence…I don’t think they’d let me drive around indefinitely saying, ‘Well, I’ll get to the new regulations at some point and I’ll submit my licence renewal for my car driving licence or my sticker for my car when I get to it and see how it fits in.”

Progressive Conservative Ted Arnott, who represents the riding of Wellington-Halton Hills, is critical of the Liberal government for “trying to punt” the issue past the 2018 election, with a two-year moratorium, but said the companies shouldn’t just be cut off.

“It’s reasonable to allow the companies that have permits to continue to operate and not just shut them down,” he said. “The effect of cancelling their permits outright would shut down their operations entirely, I would assume. I don’t think that would be fair to anyone.”

The water bottling companies are committed to meeting all of the new requirements, said the executive director of the Canadian Bottled Water Association. But she questioned why water bottlers face such stringent new rules, a moratorium on new permits and increased fees.

“The industry uses, of all permit holders, 0.2 per cent of all groundwater,” said Elizabeth Griswold. “There is no question that we are being unfairly singled out in this regulation. What really concerns us is that the intent presented to the public by the government of Ontario is that this is to protect groundwater resources. I’m sorry, how do you protect groundwater resources by going after 0.2 per cent of the water being used?”