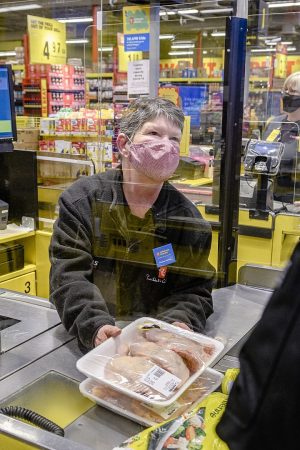 In a statement to shareholders, Loblaw’s Chairman and President, Galen G. Weston said the following in a statement:

“In spite of the many challenges of 2020, we made great progress on the items that matter most to our colleagues, customers and shareholders: We dramatically accelerated our reduction of food waste and carbon emissions; we helped formulate and introduce new global packaging standards to eliminate plastic waste; and we increased female representation in our executive ranks and succession pipelines, while expanding and improving our support for colleagues from diverse communities.

All of these actions reflect our long-standing belief that businesses have both an opportunity and responsibility to have a positive effect in the communities they serve. A belief which has led Loblaw to consistently be at the forefront of tackling important issues. We are proud of our track record in CSR.

As a growing number of organizations and investors are seeing this imperative more clearly than ever before, new standards have emerged for how we report against them. That is why, in our latest report, we demonstrate clearer accountability by employing ESG reporting standards, in line with the Global Reporting Initiative, Sustainable Accounting Standards Board, and UN Sustainable Development Goals.

As we make headway in these areas, as well as in advancing our strategy and maintaining momentum in our core business, we are pleased with our progress and motivated by what is next.”

Among the highlights in Loblaw’s latest CSR report, various company achievements stand out: