The company expects to lose about $75 million for every month of delay. If uncertainty stretches deep into 2018, it would push the start-up date beyond September 2020 and potentially threaten the project's viability 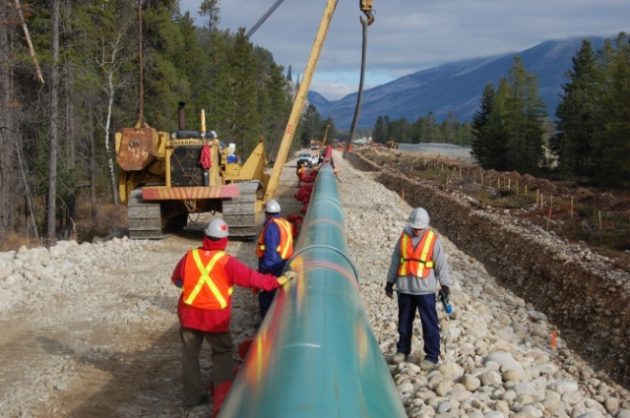 CALGARY—Kinder Morgan Canada says it is still not in a position to start significant construction on the Trans Mountain expansion project and expects spending on the project for at least part of next year to focus mostly on permitting.

In its 2018 guidance, the company said it expects existing assets including its existing Trans Mountain pipeline and its rail and storage facilities to perform well, but is concerned about permit delays at its $7.4-billion pipeline expansion project.

The company has filed motions with the National Energy Board to resolve delays related to Burnaby, B.C., with oral arguments heard at the regulator’s headquarters Monday.

Kinder Morgan Canada says it can’t commit to major construction spending until it has more clarity on key permits, approvals and the judicial review, and that the project is potentially already delayed nine months due mostly to challenges with the regulatory process.

The company says that it expects to lose about $75 million in earnings before certain deductions for every month the in-service date is pushed back.

Kinder Morgan Canada said if uncertainty on permitting stretches further into 2018 then it would reduce spending accordingly, pushing the start-up date beyond September 2020 and potentially threatening the viability of the project itself.