The energy sector made up 81 per cent of Canada's GHG emissions in 2014, with agriculture the next biggest sector at eight per cent 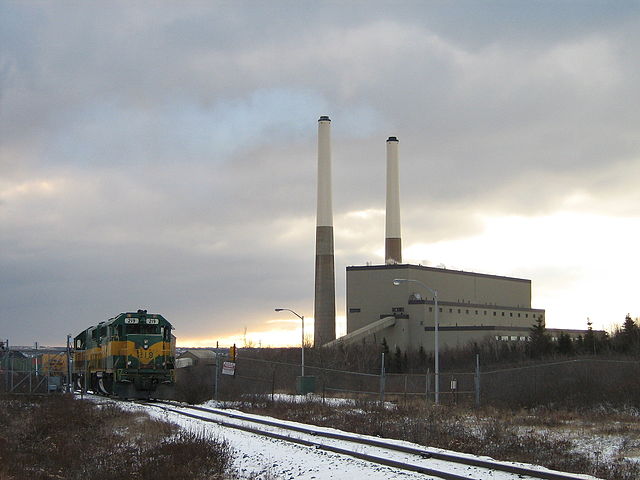 Ontario’s shutdown of its coal power plants is credited with much of the decrease in power generation emissions, but coal plants in other Atlantic Canada as well as upstream oil and gas emissions continue to contribute. PHOTO: Ken Heaton, via Wikimedia Commons

The national inventory released by Environment Canada shows emissions were estimated to be 732 megatonnes of carbon dioxide and other equivalents, a 20 per cent increase over 1990 levels, when Canada first committed to cutting emissions growth.

Prime Minister Justin Trudeau will be in New York later this week to sign the latest global climate agreement, under which Canada commits to slash emissions 30 per cent below 2005 levels by 2030.

The latest inventory shows that emissions in 2014 were 15 megatonnes below 2005 levels, but slowly rising.

Emissions actually fell steeply in 2009 due to the global economic downturn, but the report says emissions have climbed 5.2 per cent since then.

The energy sector made up 81 per cent of Canada’s GHG emissions in 2014, with agriculture the next biggest sector at eight per cent.

Since 2005, public electricity and heat production has seen a 39 megatonne decrease in emissions, with Ontario’s closure of coal generating power stations credited with most of the downturn. However emissions from mining and upstream oil and gas production boosted emissions by 34 megatonnes.

“In 2014, emissions from mining and upstream oil and gas production were more than twice their 1990 values,” states the report.

“This is consistent with a 91 per cent increase in total production of crude oil and natural gas over the period, largely for export, which has grown by over 200 per cent.”

Six provinces saw declines in emissions between 2005 and 2014, led by Ontario (down 19 per cent) and Nova Scotia (down 29 per cent), while four provinces increased emissions, led by Alberta’s 17 per cent increase.