High levels of toxic element found in lakes surrounding Giant Mine, which closed in 2004 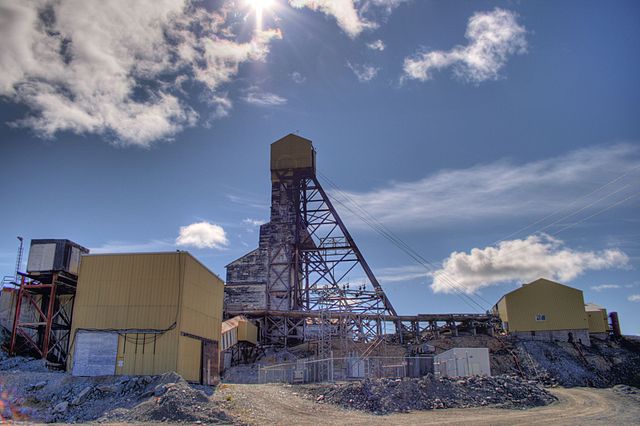 Remaining buildings at Giant Mine outside of Yellowknife, N.W.T. in 2008. A mainstay of the city’s economy for 56 years, the mine closed in 2004.

YELLOWKNIFE—Research has found that levels of toxic arsenic in lakes circling a former gold mine on the outskirts of Yellowknife exceed guidelines for human and environmental safety.

It’s another level of complexity to what is one of Canada’s biggest environmental cleanups. About $1 billion in tax dollars is already earmarked to deal with the defunct Giant Mine, where 237,000 tonnes of arsenic sit underground on the shores of Great Slave Lake.

Two new studies are among the first to look at the impact of the mine’s operations on lakes outside the mine property.

“Concentrations of arsenic are well above drinking water quality guidelines and protection of aquatic life for lakes within 17 kilometres of the Giant Mine,” says an academic paper released Wednesday and co-authored by Jules Blais of the University of Ottawa.

A 17-kilometre radius is big enough to include most of the city of Yellowknife.

The territorial capital gets its water from the Yellowknife River, which flows near the mine. But the river’s watershed is big enough to keep the arsenic low. The city also tests for arsenic.

A Northwest Territories government study concluded that 45 of the lakes within 30 kilometres of the mine had arsenic levels that exceeded drinking water standards.

The Giant Mine was the city’s economic mainstay for 56 years before it closed in 2004.

Its gold was locked within crystals of arsenopyrite, a mineral that contains iron, arsenic and sulphur. Most of the arsenic was blown back underground, where huge dustpiles of it sit in 15 subterranean chambers, some big enough to swallow an 11-storey building. About 3,600 cubic metres of arsenic and arsenic-contaminated material also remain in surface structures.

Previous studies suggest another 16,500 tonnes of arsenic were blown into the air between 1947 and 1974 before emissions equipment was installed. As late as 1997, the mine was puffing out 30 kilograms a day of the potent poison.

Much of that arsenic drifted into dozens of small, shallow lakes that dot the rocky tundra and bush surrounding Yellowknife. The government research found the smaller the lake, the higher the arsenic level.

Within four kilometres of the mine, arsenic levels were between three and 13 times higher than drinking water guidelines, Blais reported. Even 17 kilometres away, about two-thirds of the sampled lakes had enough arsenic to damage aquatic life.

“This is where we would expect to see adverse effects on aquatic life,” said Blais. “There is evidence to suggest that important components of the aquatic food web are affected by arsenic in lakes around Yellowknife.”

Blais said arsenic in some of the lakes is also a human health concern, especially since other studies have found similarly high levels in groundwater.

“People who derive water from wells or lakes need to be concerned about this.”

Blais said he and his colleagues are studying the arsenic’s environmental effects, including how it moves and where it’s accumulating.

The Giant Mine is currently the site of a massive federal remediation plan. Engineers plan to install subterranean heat pumps to cool the mine’s chambers and tunnels to essentially freeze the underground arsenic in place.