Fishing entanglements have killed several of the animals 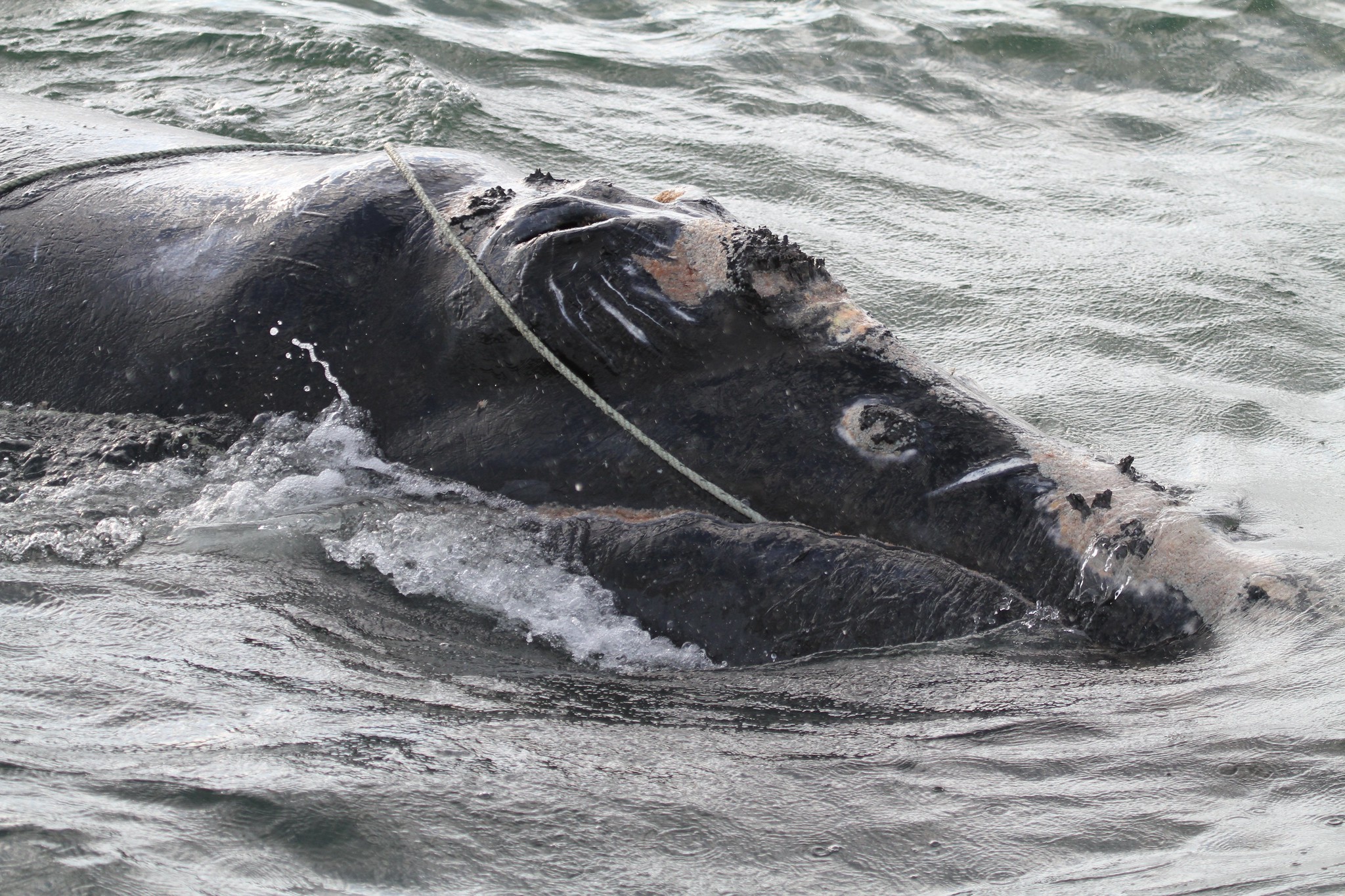 OTTAWA — North Atlantic right whales made their first appearance of 2020 in Canadian waters last weekend, prompting an immediate but temporary closure of fixed-gear fisheries in the area under new federal rules trying to protect the highly endangered animals.

It is an early start to whale season in the Gulf of St. Lawrence, said Sean Brillant, a senior conservation biologist with the Canadian Wildlife Federation in Halifax. That could pose some additional trouble in a year when COVID-19 is already causing uncertainties in tracking the whales, and saving them if they get caught in fishing lines.

“The whales seem to be coming early this year, which is unusual but we certainly have a lot to learn about these animals,” Brillant said. “We are no good at predicting where they’re going to be or when just yet.”

Right whales live in coastal waters in the Atlantic, usually wintering in southern waters off Florida and Georgia, before migrating northwards for the summer. Their habits are changing as climate change warms the ocean and affects their food source.

Adam Burns, the director general of fisheries resource management at the federal Department of Fisheries and Oceans, said rather than closing some parts of the Gulf of St. Lawrence for the entire season, this year they are closing specific areas when whales are spotted. Each whale spotting results in about 2,000 square kilometres closing for 15 days. If the whales are spotted there again within that 15 days, that area will then be off limits for fixed-gear fishing for the rest of the season.

“Our number 1 objective is to get harvesters out on the water, get their quota out of the water and get the gear gone to the extent possible before the whales show up,” said Burns.

But Brillant noted the snow crab season was delayed by COVID-19, opening in late April. At the same time, the whales are arriving ahead of schedule, which means the hope there would be time to get the fisheries done before the whales appeared is gone.

On May 3, the first two right whales of the season were spotted from a fisheries and oceans monitoring plane off the coast of the Gaspe Peninsula. They were spotted just five days after the 2020 speed limits for big ships were put into place on April 28. Thirty right whales have died in Canada and the United States since 2017, two-thirds of them in Canadian waters. For a population with just 400 animals remaining, every death is a major setback.

For the whales where a cause of death can be determined, ship strikes are the most common, but fishing entanglements have killed several of the animals.

Sarah Uhlemann, the international program director at the Center for Biological Diversity in Seattle, sees replacing the full closure with temporary protections as a step backwards for whale protection because it depends heavily on Canada’s system for monitoring the presence of whales.

“We’re worried,” she said. “The right whale season has now officially begun in the Gulf. Last year was a disaster.”

The whales are to be monitored by plane and boat, as well as using underwater microphones to listen for their calls. Brillant said the monitoring and research this year might be more difficult because of COVID-19 restrictions. He said at least one research mission to use robot gliders to listen for the whales won’t happen this summer because the scientists were not allowed into their labs to prepare for it.

Moira Brown, a senior scientist with the Canadian Whale Institute on Campobello Island, N.B., said the teams of volunteers who are often called on by the Department of Fisheries and Oceans to help untangle a whale trapped in fishing lines, have been told they won’t be called on for now. That is because physical distancing on small vessels is difficult.

“We could go if we wanted to, but they won’t ask us to respond,” said Brown, known as Canada’s leading expert on right whales.

“Anything that we would do would be very much on a case-by-case basis at this point. These are hard decisions but we’re all having to make some very hard decisions right now.”

— By Mia Rabson and Kevin Bissett