Ottawa will work with provinces to establish biofuel benchmarks for gasoline and diesel, as well as for fuel used for heating and industrial power 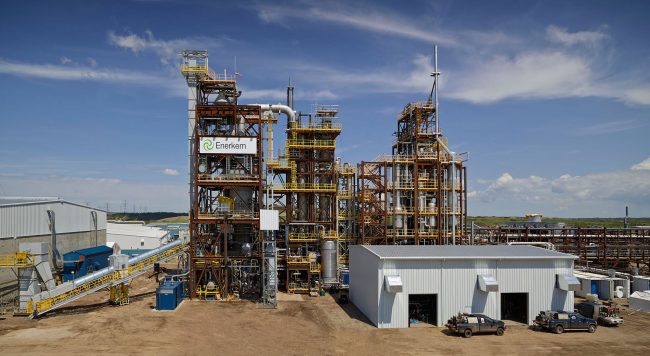 TORONTO—The federal government says it will work with the provinces to develop a national clean fuel standard, the latest piece in its pan-Canadian climate plan.

Environment Minister Catherine McKenna announced the measure in a speech late last week to the Toronto Board of Trade as she continues preparing the ground for a first minister’s meeting next month in Ottawa.

Prime Minister Justin Trudeau is tentatively scheduled to sit down with the provincial and territorial premiers in two weeks, with a goal of putting Canada on a co-ordinated policy track toward reaching its international 2030 emissions reduction targets.

The Liberal government has been rolling out climate policy elements all fall as it attempts to reassure environmentally conscious Canadians while simultaneously pushing ahead with energy infrastructure approvals.

McKenna’s proposed clean fuel standard remains to be negotiated with the provinces, some of which already have variants that dictate percentages of cleaner-burning biofuels in gasoline and diesel.

But a backgrounder released Nov. 25 by Environment Canada said the new standard will apply to “many sectors” beyond transportation, including home and building heating and industrial power. The standard will also be “based on life cycle analysis” of the fuel, meaning production emissions will also be counted, placing pressure on the next generation of biofuels to reduce their overall carbon footprint.

“Designed well, it will stimulate Canadian production of renewable biofuels from the agriculture sector and use lower-carbon fossil fuels such as natural gas,” McKenna told her audience.

A discussion paper on the subject won’t be published until February, according to the backgrounder, “to guide consultations consisting of meetings, workshops and technical working groups.”

The background paper suggested the clean fuel standard could reduce Canada’s emission by 30 million tonnes annually by 2030, although the devil will be in the implementation details.

British Columbia’s existing clean fuel standard, for instance, has reduced annual GHG emissions to date by about 0.9 million tonnes a year, according to the province. But B.C. projects those reductions will reach 3.4 million tonnes annually by 2030.

Clare Demerse of Clean Energy Canada, a think tank based at Vancouver’s Simon Fraser University, said the B.C. policy has been “a very quiet success story, reducing pollution while attracting virtually no opposition—which is perhaps a reflection of just how little it hits British Columbians at the pump.”

In an interview, Demerse said the federal plan appears to be more broadly based than B.C.’s, but details remain to be worked out with the provinces.

“While today’s announcement drew the outline, the details still need to be coloured in,” she said.

Last year in Paris, Canada committed to cutting emissions 30 per cent below 2005 levels by 2030, even though national emissions have been gradually tracking upward for the past five years after a recession-induced dip in 2009.

The most recent national inventory from 2014 indicates Canada needs to cut more than 200 million tonnes of GHGs annually by 2030 to achieve its Paris promise of 524 million tonnes—which McKenna has characterized as a “floor.”