Federal government will intervene on Trans Mountain if needed

In no uncertain terms, Natural Resources Minister Carr said Ottawa has already approved the pipeline and will not let any provinces infringe on its jurisdiction 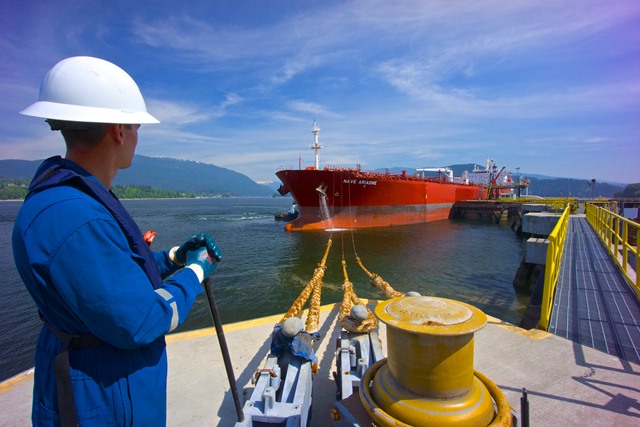 The project will greatly expand the capacity of the existing pipeline from Alberta to the B.C. coast. PHOTO: Trans Mountain

CALGARY—The federal government insisted Feb. 8 that it will step in when necessary to ensure the Trans Mountain expansion project gets built as it announced a restructuring of the process that saw the project approved.

Speaking in Calgary, Natural Resources Minister Jim Carr said the update to how major projects are assessed in Canada will restore public trust in the process, but that the government stands by its approval of Trans Mountain and won’t let any provinces obstruct its progress.

“The government of Canada, as this process plays through, will be absolutely alert to any attempts to delay this project,” said Carr.

“If there is an attempt by any government to infringe on federal jurisdiction in the national interest, then the government of Canada will intervene.”

Tensions around the development of the controversial $7.4-billion pipeline project were heightened last week when the B.C. government announced plans for more consultations on oil spill readiness and a limit on increased diluted bitumen shipments until it’s confident in response measures.

On Thursday, B.C. Premier John Horgan, whose government has vowed to try and stop the Trans Mountain project, said the federal government’s announcement on restructuring environmental assessment raises questions on the process for past project approvals

“Does this say that the processes that were in place yesterday were adequate? Clearly the federal government doesn’t think so and many British Columbians don’t think so.”

The Alberta government has taken a strong stance against B.C.’s proposal, suspending electricity talks and halting B.C. wine imports in protest, while Alberta Premier Rachel Notley has called on the federal government to intervene.

On Wednesday, Kinder Morgan Canada Ltd. CEO Ian Anderson also called on the federal Liberals to move past words of support to actions of support.

“I’m expecting the federal government to help solve this dispute between the provinces,” said Anderson.

Carr said Thursday that Ottawa has already intervened on previous delays through the National Energy Board, which exempted Kinder Morgan from some delayed permits in Burnaby, B.C., and approved a dispute resolution process for future permitting issues.

He said the federal government continues to talk with the provinces, including meetings today between officials from Ottawa and deputy ministers in B.C., but that no specific intervention is yet necessary from the B.C.’s proposed consultations.

“They haven’t done anything yet, they’re consulting.

—With a file from Gemma Karstens-Smith in North Vancouver