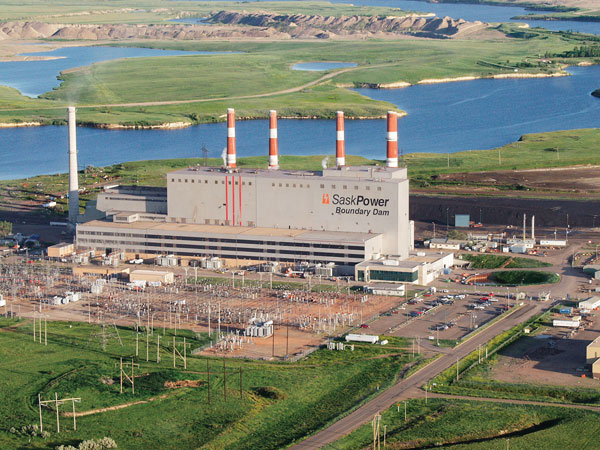 VANCOUVER—Coal can shed its bad rap by becoming a green energy source as long as carbon capture technology is used in the process, says an executive with Saskatchewan’s power utility.

Mike Monea of SaskPower told the Coal Association of Canada’s annual conference in Vancouver that a $1.4-billion addition to a current plant will prevent about one million metric tonnes of carbon from being released into the air each year in his province.

“Around the world coal is getting, in my mind, a heck of a bad rap,” Monea said. “We decided back in 2008 to figure out if we can leave coal in our fuel or get rid of it. So we embarked on a mission to build a business case to build the world’s first clean coal plant.”

The provincial government gave SaskPower approval to start building the addition in 2011.

Monea said the pilot project is unique for a commercial enterprise.

The project outfits a unit of the Boundary Dam Power Station near Estevan, Sask., with a mechanism that grabs carbon dioxide and transports it through a steel pipeline and into storage.

About 90 per cent of the carbon emissions from that unit will be captured, Monea said, adding that’s the equivalent of removing 250,000 cars from roads for a year.

The carbon is turned into liquid form and stored underground, usually in rock formations that are typically several kilometres below the surface.

SaskPower said the material can be stored there for thousands of years.

“I’m getting very biased towards coal because we can clean it up and we can make the economics work,” Monea told the conference.

He said more than 90 per cent of the stored carbon would be sold to oil companies to be used in a liquefied form to inject into reservoirs, drawing more crude from the ground.

SaskPower has a 10-year contract with Cenovus Energy Inc., a Calgary-based oil company set to buy the captured carbon.

Science and policy manager Ian Bruce of the David Suzuki Foundation said he is cautiously optimistic about the carbon capture project but is concerned that liquefied carbon could leak into the ground during oil recovery processes.

“I think one of the challenges with this (carbon capture) technology is that it hasn’t been proven at large scale,” Bruce said. “When carbon dioxide is injected into these reservoirs, many oil companies are assuming there will be no leaks.

“However, if these emissions manage to leak to the surface there’s big issues of liability. These oil companies may not be around when that happens. Who will pick up the bill?”

SaskPower has said it is safe to keep carbon dioxide in oil wells.

“Depleted oil and gas reservoirs have similar properties as saline formations and are considered secure repositories for CO2,” the company says on its website.

Naoko Ellis, a professor of chemical and biological engineering at the University of British Columbia (UBC), said carbon capture technology is a step forward but burnt coal still produces harmful byproducts such as sulphur dioxide, which causes acid rain.

“It would depend on the source of the coal,” she said. “There are a number of different things that are not in huge quantities but significant enough that would affect the environment.”

Dirt particles would also be a potential problem and could lead to breathing and other health problems, Ellis said.

Monea said the technology at the plant will capture all the sulphur dioxide and 27 per cent of the nitric oxide emitted by the power unit.