Carbon pricing may be overrated, if history is any indication

Historically, radical technological change has been achieved not by relying on price signals to coordinate change, but by the state intervening and coordinating it directly 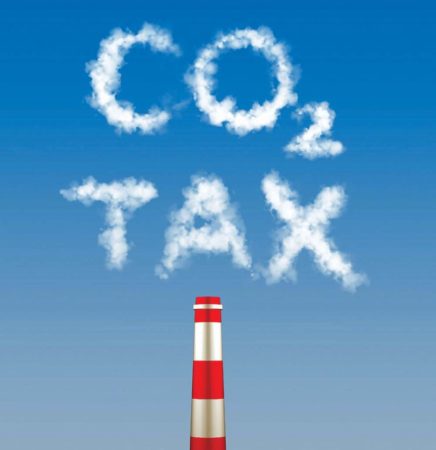 The case for carbon pricing is not as ironclad as the case for climate action PHOTO: Fotolia

A common demand in discussions about climate change is to respect the science. This is appropriate. We should all be paying close attention to the urgent and terrifying conclusions being published by climate scientists.

But scientists are not the only experts demanding that we listen to them on this issue. Many economists claim scientific authority for their insistence that carbon pricing, whether delivered through carbon taxes or cap-and-trade systems, is the best way to reduce carbon emissions.

If you price carbon appropriately, they say, it will create market incentives which will bring about radical carbon emissions reductions in the cheapest possible way. Many policy-makers have already listened to this advice. Carbon-pricing systems exist in Canada, the European Union, Norway, New Zealand and Japan.

The case for carbon pricing, however, is not as ironclad as the case for climate action. The economic theory that underlies carbon pricing schemes is based on questionable theoretical assumptions. It assumes, for example, that people can be modelled as both rational and self-interested, which might be a big oversimplification.

Carbon pricing proponents often ignore that many people cant reduce their carbon emissions, even if they receive financial incentives. Economists who favour carbon pricing also have yet to come up with an answer to the major political backlashes that have accompanied the imposition of carbon taxes in many of the jurisdictions where they have been introduced, including France, Australia and Canada.

A less frequently discussed reason to question the insistence on carbon pricing as a central climate policy comes from history. Throughout the 20th century, many governments successfully enacted radical technological transitions. Today, faced with an urgent need to change our energy system, it would be wise to look at how they accomplished this. My research on how governments in the past have deliberately accelerated large-scale technological change does just that.

In 1937, British policy-makers looked on nervously while the Wehrmacht marched into Austria. War with Germany posed a serious food supply problem for Britain. British agriculture had been collapsing for decades under competition from cheap foreign foods, and Germany was known to use submarines to disrupt enemy shipping. Policy-makers began preparing for a siege economy.

To do this, the British government intervened directly in the agricultural system. It purchased thousands of tractors, established a subsidized fixed price for grain to stabilize markets, created local War Agricultural Executive Committees to maximize food production and, in many cases, had police force farmers to plough new land.

These policies not only allowed Britain to avoid famine during the Second World War, they also jump-started a massive structural transformation that persisted into the 1950s and 1960s as British farmers embraced tractors, fertilizers, pesticides and monocultures.

Making the most of a bonanza

It was not entirely clear what the Netherlands, a predominantly coal-powered country, would do with so much gas. Deliberations between the fossil fuel industry and the government eventually arrived at a radical answer: the Netherlands would transform its entire economy to run on natural gas.

Once the details of this plan were agreed upon, progress proceeded with astonishing speed. The Dutch government built a nationwide network of gas pipelines in just five years, offered consumer rebates to convert appliances to gas power, ran an advertising campaign promoting natural gas as a clean and modern fuel and retrained out-of-work coal miners to work in the gas industry. By the 1970s, natural gas was the dominant force in the Dutch heat supply.

Lessons from an energy crunch

In 1973, Denmark had no domestic oil industry and little diplomatic heft. This meant that the 1973 oil crisis hit Denmark hard. Reduced oil supply created an economic depression and forced policy-makers to implement extreme energy conservation measures, such as turning out streetlights and banning Sunday driving.

For a longer-term solution, Danish policy-makers looked to become less dependent on imported energy. To reduce the countrys reliance on heating oil, they prioritized district heating: An extremely efficient form of space heating which uses insulated pipes full of hot water to heat several buildings, or even an entire neighbourhood, at once, rather than having each building rely on an individual furnace.

As with the previous two examples, this change was done through deliberate intervention, which was handled mainly by municipalities. In some places, municipalities banned the installation private furnaces. In others, they offered interest-free loans to energy cooperatives. This coordinated national strategy led to a rapid increase in the share of district heating in the Danish heating system.

These case studies have important differences, both with each other and with the challenge of climate action in the present day. In each one, however, radical technological change was achieved not by relying on price signals to coordinate change, but by the state intervening and coordinating it directly.

This is strong historical evidence against some economists insistence on carbon pricing as the primary way to promote low-carbon technologies and practices. As they chart a way to mitigate climate change most effectively, policymakers should supplement economic theory with empirical lessons from history.