Canada’s fisheries may be destroyed 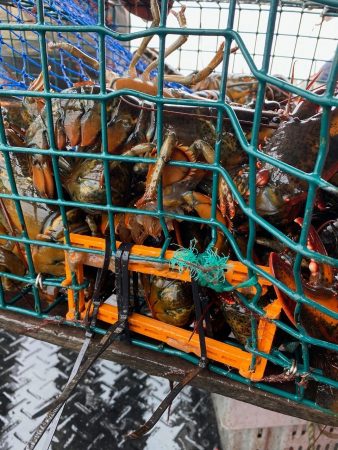 SHEDIAC, NB — The Coalition of Atlantic and Québec Fishing Organizations is calling for the peaceful de-escalation of tensions by putting a spotlight on illegal fishing outside of the seasonal ban.

“This isn’t about the rights of Indigenous People to fish. This is about conserving the fishery for everyone — both indigenous and non-indigenous fishermen. Unless there is one set of rules driven by conservation of the fishery, Canada’s fishery will be destroyed,” said Bernie Berry, president of the Coldwater Lobster Association, in a prepared statement. “According to the Department of Fisheries and Oceans own data, the commercial landings in St. Mary’s dropped from 1720 to 650 metric tonnes since 2017. That is nearly a 65% drop in commercial landings for lobster in three years. This is directly related to the massive increase in the illegal out of season fishery during that time.”

Grassroots fishermen are out on the water trying to protect the fishery and are concerned not only about the illegal out of season activity, but the illegal baiting of traps with lobster mothers with eggs.

“We have been receiving some reports that on top of fishing out of season, the lobster traps used in some cases were illegally setup and illegally baited to fish. We are hearing about traps being illegally baited with undersized lobsters and even egg bearing females,” said Martin Mallet, executive director of the Maritime Fishermen’s Union. “In the last few days we have seen pictures and videos that prove this.”

The one action from the Government of Canada to protect lobsters in the off season would be to haul in the out of season traps.