Alberta still out of climate change accord until Trans Mountain approved: Notley 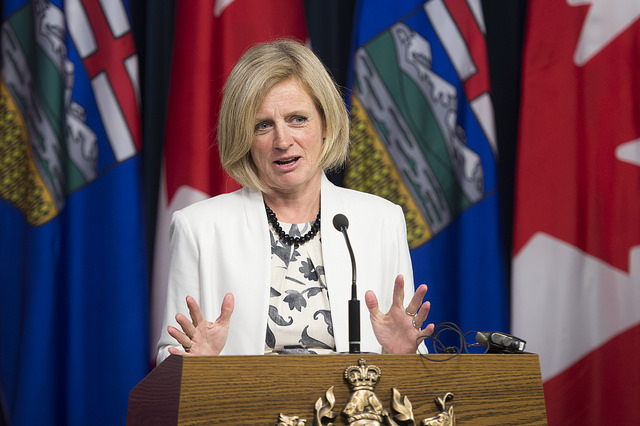 EDMONTON—Alberta Premier Rachel Notley says the province is still out of the federal government’s climate change accord despite Ottawa’s plans to get the Trans Mountain pipeline expansion approved.

The federal government has given the National Energy Board less than six months to redo its environmental review of the pipeline and examine the impact of additional oil tanker traffic off the coast of British Columbia.

Notley pulled out of the federal climate change plan, which mandates putting a price on carbon emissions, after the Federal Court of Appeal overturned approval of the expansion project.

She says the province won’t rejoin the plan until the pipeline is approved.

Notley says the fight to build the pipeline has just begun and failure is not an option.

She says Alberta will hold the federal government’s feet to the fire, but wouldn’t say how the province will do that.


Related Stories
Trans Mountain to be discussed at Trudeau Notley meeting in Edmonton
Alberta’s Notley says federal OK for Trans Mountain line coming by end of May
Notley: Keystone XL welcome but Energy East and Trans Mountain needed too
Trans Mountain ruling: Victory for environmentalists, but a setback for action on climate change