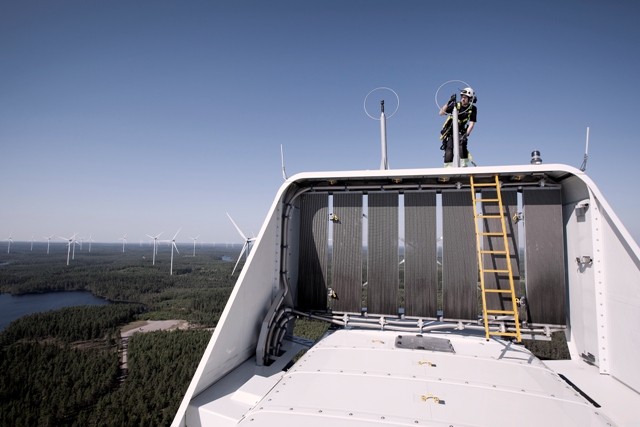 The Odell Wind Project, which spans four counties in the Midwestern American state, cost approximately US$330 million to build. The site incorporates 100 Vestas V110-2.0 MW turbines that will generate clean power under a 20-year power purchase agreement with a subsidiary of U.S. utility Xcel Energy.

“We are pleased to continue delivering on our planned growth pipeline for 2016 with the successful completion of the Odell wind farm.” the company’s CEO, Ian Robertson, said. “Odell’s strong wind resource in a new geographic region and its long-term power purchase agreement make it an outstanding addition to our fleet of renewable generation facilities.”

Algonquin currently holds a 50 per cent stake in the project, which it acquired in a 2014 deal with the original developer, Geronimo Energy. While Geronimo still owns the remaining equity in the project, a contract option in the original purchase agreement will allow Algonquin to acquire Geronimo’s stake. Along with announcing the plant’s commercial operation, Algonquin said it plans to exercise this option to buy the remaining half of the project. Pending regulatory approvals, the company anticipates closing the deal in the fourth quarter of this year, giving it full control of the 200 MW site.

Algonquin expects strong winds in the region to allow the turbines to churn out 832 gigawatt hours of electricity each year.