The school’s bioenergy plant is the first building in northern B.C. to be certified as LEED Platinum 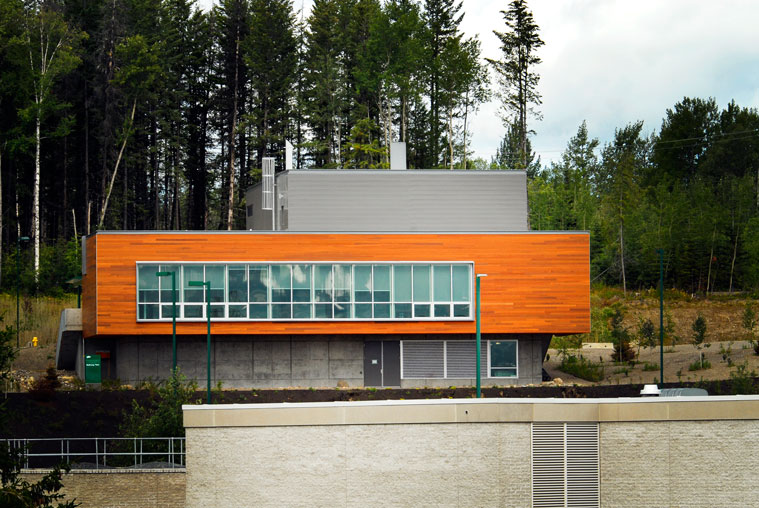 Currently, the Prince George campus derives nearly three-quarters of its annual heat from locally-sourced biomass such as wood pellets and sawmill residue. The school’s bioenergy plant is the first building in northern B.C. to be certified as LEED Platinum, and the addition of the Sustainable Communities Demonstration Project will allow UNBC to reach its goal of reducing fossil fuel consumption for heating by 85 per cent since 2010.

The new government investment will allow UNBC to begin the connection of its student residences, enhanced forestry lab and its daycare facility to a new district energy system, effectively cutting down on the use of fossil fuels for heating.

“UNBC is seen as an innovative leader in the clean energy field and as a driver of economic development to create jobs and opportunities for British Columbians,” recently embattled Amrik Virk, B.C.’s Minister of Advanced Education, said in a Sept. 2 announcement. “Extending the bioenergy system is great for students, future generations of British Columbians, the community and our province.”

Pacific BioEnergy will be donating wood pellets to fuel the heating system.

The total cost of the capital project is $2.2 million.