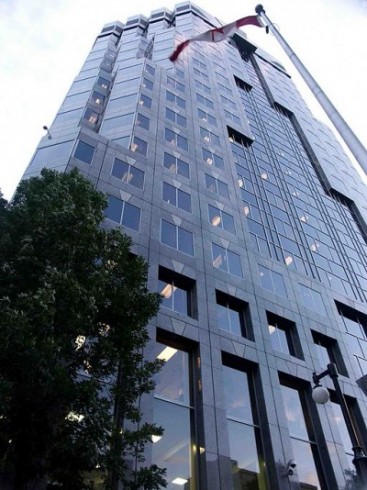 The company’s headquarters on René-Lévesque Boulevard in Montreal. SNC continues to contest federal corruption and fraud charges laid against it earlier this year. PHOTO: Gene Arboit, via Wikimedia Commons

The main tenet of the agreement between the Montreal-based firm and the government’s Public Services and Procurement office allows companies that have federal charges pending against them to continue to contract with or supply the Government of Canada.

The agreement was set in motion in February of this year, when federal corruption and fraud charges were laid against SNC as a result of alleged activities of former employees in Libya from 2001 to 2011.

“This is another example of our commitment to move forward. I thank PSP for recognizing SNC-Lavalin’s significant efforts and dedication to continuous improvement in ethics and compliance, which have allowed us to meet the difficult criteria of the new Integrity Regime,” Neil Bruce, SNC’s recently-appointed president and CEO, said. 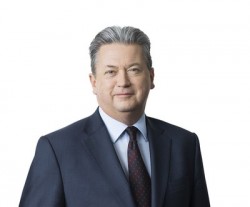 SNC continues to contest the charges and says it has fully-cooperated with authorities, as well as made significant changes to its ethics and compliance policies over the past three years.

Under the agreement, SNC will continue to be allowed to bid on government work from all Canadian departments and agencies as long as it complies with the terms of the deal. The company said the agreement applies until the “final conclusion” of the charges against SNC.

“This agreement is a milestone that allows us to continue to be an important contributor to the Canadian economy,” Bruce added. “It protects the public, and is good for our employees, clients, investors and all of Canada.”