The company explained that the manufacturing production credits contained within the Inflation Reduction Act provide benefits to Zinc8 and its plans in the United States. 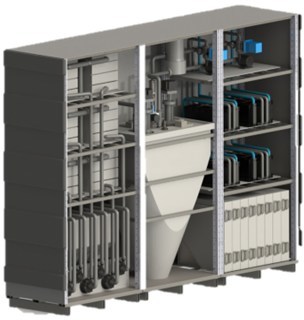 VANCOUVER — Zinc8 Energy Solutions Inc. says the company’s inaugural commercial production facility will be based in the United States.

The company explained that the manufacturing production credits contained within the Inflation Reduction Act provide benefits to Zinc8 and its plans in the United States.

“Senate Majority Leader Chuck Schumer was instrumental in drafting the IRA, which is a historic measure taken by the United States to reach ambitious goals of carbon neutrality, while inspiring other countries around the world,” said Ron MacDonald, president & CEO, Zinc8 Energy Solutions in a statement.

“Zinc8 is the jolt of electricity the Hudson Valley needs, and is proof positive that when you invest in fighting climate change you are investing in creating good-paying jobs, new economic growth, and a brighter future for our communities,” said Schumer in a press release.

According to Zin8’s announcement, Schumer has worked to increase federal incentives to bring manufacturing back from overseas facilities, including those that serve the tech and clean energy industries.

The technology will be trialed at a New York City housing complex by the New York State Energy Research and Development Agency.