Vermont shows everyone how not to regulate wind power projects 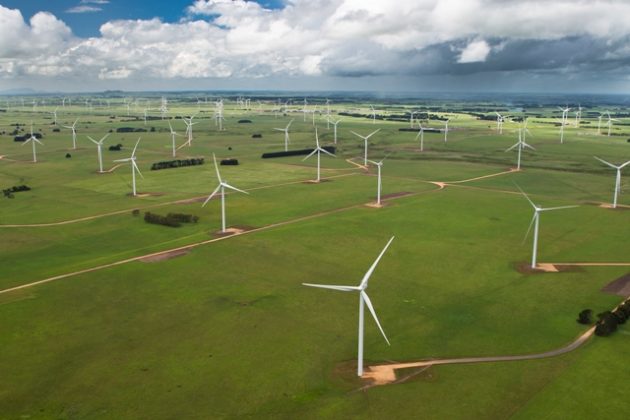 The noise debate is something that has followed industrial wind power. PHOTO: Vestas Wind Systems

MONTPELIER, Vt.—An effort by Vermont utility regulators to settle the long-standing, contentious issue of how much noise neighbours of industrial wind projects should be subject to ended up upsetting both proponents of wind power and those who say the noise poses a health risk to people who live near turbines.

Proponents of using industrial wind projects as part of Vermont’s long-term goal of getting 90 per cent of its power from renewable sources by 2050 say the new wind rules will make achieving that goal more difficult, if not impossible.

“These rules will certainly have a chilling effect on wind energy in Vermont,” said Austin Davis, a spokesman for the renewable energy trade group Renewable Energy Vermont. “However, that doesn’t do away with the fact that wind energy currently is the cheapest renewable energy available to New England.”

Opponents counter noise levels are still too high and even at a level that is among the lowest in the country would create an unreasonable burden for people who live near the turbines.

“The wind noise rule as… approved is not going to protect Vermonters from the harm that we have already experienced from industrial wind turbines,” said Annette Smith, the head of the group Vermonters for a Clean Environment and a long-time critic of industrial wind projects. “It is a step in the right direction.”

On Tuesday, Vermont’s Public Utilities Commission gave final approval to the rules that set a daytime limit of 42 decibels of sound from turbines near a home and 39 decibels at night. The rules grew out of a 2016 law that directed the commission to set sound standards. The new rules only apply to new projects.

The decibel level measures sound intensity. Experts say 40 decibels is the rough equivalent of a library while a rural area is about 30 decibels.

The noise debate is something that has followed industrial wind power as it has spread throughout, Vermont, New Hampshire and Maine. Although scientific studies have shown no link between wind turbine noise and human health, it can be annoying, especially to people who were accustomed to living in quiet areas.

“If you take that same project and put it in a rural area, the area has been permanently altered, for the wildlife, for the birds, for the people,” she said.

The wind power industry says that nationally, developers work hard to ensure projects are sited so the sound doesn’t bother neighbours and thousands of people across the country live near wind farms without any issues, said Mike Speerschneider, the senior director of permitting for the American Wind Energy Association.

“Individuals have a wide range of reactions to sound of all kinds, including wind turbine sound,” he said.

Chris Recchia, the top utility regulator in the administration of former Democratic Gov. Peter Shumlin and now a private consultant, said he felt Vermont’s new standards were reasonable, but new technology would have to be developed so turbines could operate at full capacity and meet the new 39 decibel standard before there are any new applications for wind projects in Vermont.

“I don’t think this is a veto of wind in Vermont,” Recchia said. “I think it’s a challenge.”

Maine, which has the greatest number of turbines in New England, also has been subject of complaints over noise from industrial wind power projects. Criticism led the state in 2012 to lower the nighttime sound limit for wind power projects from 45 decibels to 42 decibels.

On Maine’s Vinalhaven Island, David and Sally Wylie said they were shocked when the three offshore turbines were turned on in 2009 before the new rules were enacted.

“We’d been told the wind and the trees would cancel the noise out. We stood outside as the wind turbines came on, it was just whack, whack, whack! It was so loud,” David Wylie said. They built a soundproof bedroom with 12-inch thick walls just so they could sleep.