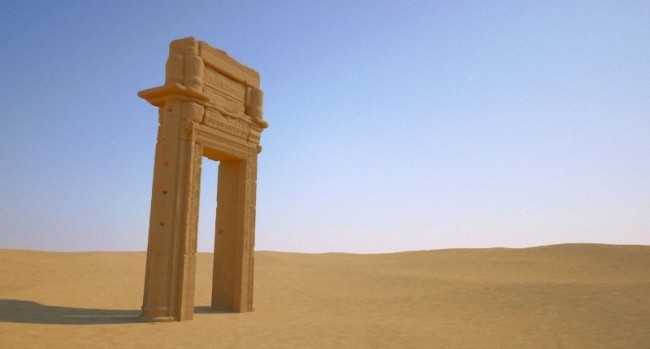 A 3D rendering of an archaeological piece in the Middle East. PHOTO: Dubai Museum of the Future

DUBAI—The United Arab Emirates has announced plans to use a cutting-edge manufacturing process to preserve some of the oldest, most important heritage sites on Earth.

Partnering with UNESCO and the U.K.-based Institute for Digital Archaeology, Dubai’s Museum of the Future Foundation plans to use three-dimensional imaging to map “crucial” landmarks, allowing them to be rebuilt using 3D printing technology.

“It is important to preserve heritage sites as they serve as a source of inspiration for innovators and pioneers to build the future. What we are doing today is part of our efforts to give back to the history of our region and build on the achievements of our rich past,” Mohammed Abdullah Al Gergawi, vice-chairman of the board and managing director at the Dubai Museum, said.

Launched as a direct counter to extremist action in the region, which has seen the so-called Islamic State destroy numerous heritage sites throughout Syria and Iraq, including the recent destruction of the Temple of Baalshamin in Palmyra, the project aims to protect the history and cultural identity of the Middle East.

“Extremists want to impose a different vision on the world. They want to tell us that there is no memory, that there is no culture, that there is no heritage,” Irinia Bokova, Director-General of UNESCO, said. “We join hands with Dubai Museum of the Future Foundation to participate in the effort to oppose the extremists’ vision of the future and to help convey the history to future generations.”

The Museum plans gather up to 1 million digital images of cultural heritage sites and produce 3D images of a wide range of sites by the end of 2015.