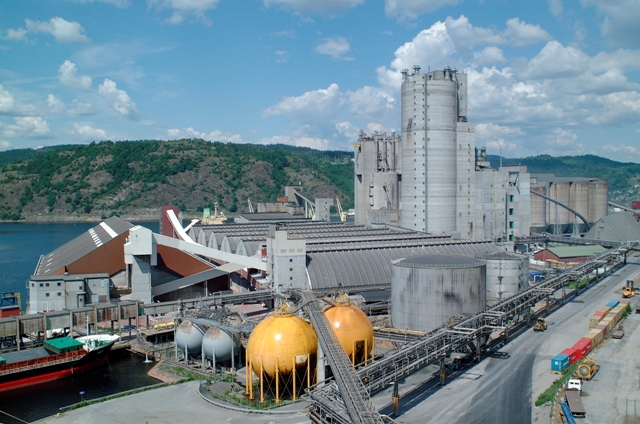 Chemical firm Yara International ASA and Kongsberg, an industrial technology group, plan to launch the first-of-its-kind vessel in 2018. The emissions-free ship will replace diesel-powered trucks that currently shuttle containers from a Yara fertilizer plant in Porsgrunn, Norway to two nearby international ports.

“Every day, more than 100 diesel truck journeys are needed to transport products from Yara’s Porsgrunn plant to ports in Brevik and Larvik where we ship products to customers around the world,” Svein Tore Holsether, the company’s president and CEO, said in a statement. 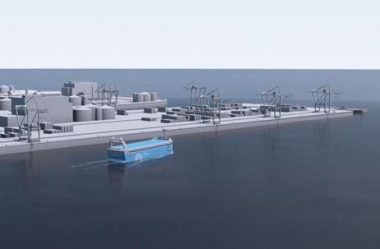 The two companies have not released any details about the size of the new vessel, but renderings show a container feeder capable of carrying dozens of shipping containers.

The chemical company currently exports approximately 20,000 containers from its Porsgrunn plant each year.

Yara and Kongsberg expect to complete the new feeder ship—to be christened Yara Birkeland—in the second half of next year.

While the ship is expected to become the first all-electric, self-steering vessel on the seas, it is one of a growing number of low-emissions or emissions-free ships navigating Scandinavian waters.

As governments and companies aim to trim their emissions, clean-powered vessels have become a priority, particularly in Norway. Among other ships, the country launched the first all-electric car ferry in 2015. It incorporated technology from German conglomerate Siemens AG as well as lithium-ion technology designed by Corvus Energy Inc. Vancouver-based Corvus also recently won a contract to supply battery storage for the world’s first hybrid chemical tanker being built in Norway by Rederiet Stenersen AS.

Yara and Kongsberg plan to launch the Yara Birkeland as a manned vessel but transition it to entirely autonomous operation by 2020.