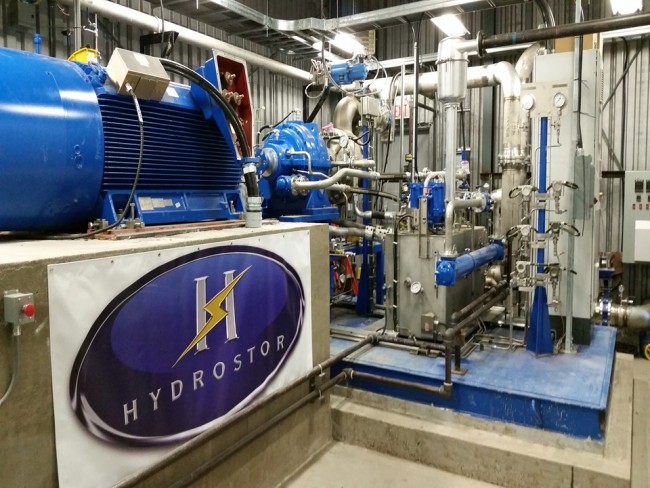 TORONTO—Three kilometres off the south shore of Toronto Island, underneath 55 metres of water, a series of balloon-like structures chock-full of compressed air are pumping electricity into Toronto’s energy grid.

“This event marks an important milestone for our company and we’re thrilled to have the world’s first underwater compressed air energy storage system in service,” the company’s CEO, Curtis VanWalleghem, said. “We’re now focused on commercializing this technology globally to bring our green energy storage solution to countries around the world.” 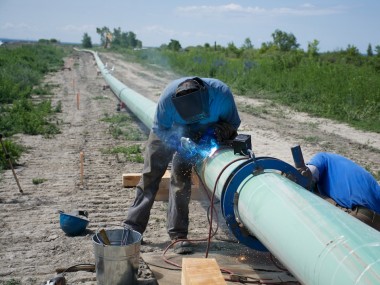 Designed to store energy during off-peak hours, when there is little demand and electricity is cheapest, Hydrostor’s system can then pump the energy back into the grid during peak times. The system can also be paired with renewables such as wind or solar, storing energy accumulated on days with high winds or clear skies to offset potential production lulls later on.

“The G20 is talking about getting off fossil fuel by 2050,” VanWalleghem said at the company’s Toronto waterfront launch. “To do that, our electricity system has to incorporate storage so we don’t need as much backup diesel and natural gas capacity—that’s what this can do.”

Under development for about five years, Hydrostor’s system builds on a wide range of technologies already in use across numerous fields, including the trademark “balloons,” known as accumulators, which are made of the same material long-used to raise shipwrecks from the bottom of lakes and oceans. 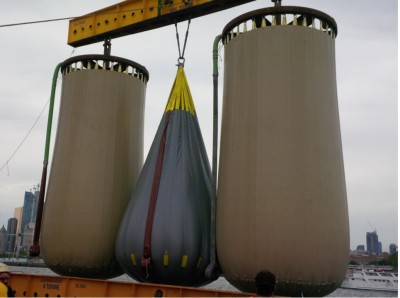 To store electricity, the Toronto startup converts electrical energy into compressed air using an advanced compression system. The air is then sent through the company’s three-kilometre pipe and stored in the lakebed balloons. To reduce the amount of energy loss, the company uses a series of heat exchangers to store as much of the hot air created through the compression process as possible.

When Toronto’s energy grid needs more electricity, the charged underwater balloon battery can then jolt into action. To discharge, the system uses the natural pressure of the lake water to push the compressed air back through the pipe, where it powers a turbine.

“Compressed air’s has been around for 40 years,” VanWalleghem said. “It’s finding places to store the air that’s been the problem [and] why it hasn’t been massively adopted.” 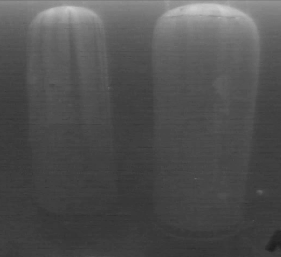 “We open it up to thousands more sites because we use hydrostatic water pressure,” he added.

In many ways, Hydrostor’s system is the opposite of one of the oldest, most efficient and most commonly used energy storage solutions, pumped hydro. A pumped hydro plant stores energy by pumping water uphill, allowing it to flow downhill later and power a turbine when the energy is required. In fact, Hydrostor’s president and founder, Cameron Lewis, originally developed the idea while working on a pumped hydro plant. He and VanWalleghem teamed up to form Hydrostor shortly after.

The company’s demonstration project, officially launched Nov. 18, has a capacity of 660 kilowatt hours, enough to power 330 homes. The technology produces no emissions and is readily scalable, allowing for a significantly larger version of the system to be produced. Also notable, unlike many traditional large-scale battery storage options, the underwater balloon system does not use toxic substances.

“[It’s] less than half the cost of the best batteries available for the grid and lasts twice as long,” VanWalleghem said. “That’s a step-change improvement in storage economics.”

Following the launch of its Toronto facility, Hydrostor has set its sights on the global market. The company already has a contract with a utility company in Aruba to build a larger facility. Hydrostor’s chief said the contract is contingent on the utility’s assessment of the demonstration project; the two firms have a site-visit planned for early next year.

Meanwhile, Hydrostor is ramping up its business development and looking to build systems for island nations hoping to kick fossil fuels; close-to-shore renewable energy projects; and coastal cities, such as Toronto, which need peaking power and grid-regulating storage.