The report says the biofuel program came at a steep, hidden cost, estimating that every tonne of carbon dioxide reduced by ethanol costs at least $180 while biodiesel reductions cost at least $128 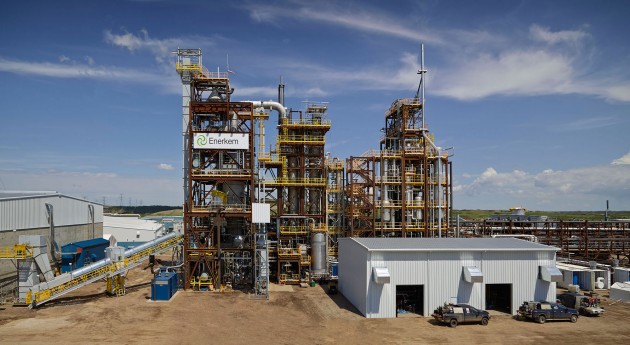 OTTAWA—A blue-chip group of economists says federal and provincial government biofuel subsidies are an expensive experiment and it’s time to let them expire.

Put another way, the report says that every tonne of carbon dioxide reduced by using ethanol costs at least $180 while biodiesel reductions cost at least $128.

And even those high price tags, states the report, may severely under-represent the true cost per tonne of CO2 reductions when the full life cycle emissions of biofuels are taken into account.

The report comes a day after the federal Liberal government announced it would impose on provinces and territories a mandatory carbon price of $10 a tonne starting in 2018, increasing to $50 a tonne in 2022, if those jurisdictions refuse to adopt their own carbon price or cap-and-trade plan.

The cross-partisan, privately funded ecofiscal commission has been making the case for two years that broad-based carbon taxes are the most efficient and least economically damaging way to reduce Canada’s carbon footprint.

The latest commission study suggests more than a decade of experience with costly biofuels subsidies helps illustrate the argument.

“It wasn’t a bad idea to try these policies,” commission chairman Chris Ragan, a McGill University economist and former Finance Canada adviser, said in an interview.

But we’ve since learned the high price of cutting emissions this way, he said, and there are proven, better options that are already a political reality, such as B.C.’s $30-per-tonne carbon tax.

“If we don’t pay attention to this per-tonne cost, then we are guilty of basically saying the economy doesn’t matter _ and that bothers the economist in me,” said Ragan.

“In a world of low growth, you should be looking for ways to increase growth, and you should certainly be looking for policies that you could remove that are currently hurting growth. This one is just bad. It’s just very costly policy.”

The consensus study by 12 economists notes that many federal and provincial production subsidies for biofuels are set to expire in the next fiscal year, making it an ideal time for a policy “course correction.”

The study found that Canada produced about 1.7 billion litres of ethanol and 300 million litres of biodiesel in 2014, representing two per cent of global production. Canadian production ramped up quickly between 2006 and 2011, which the commission says “corresponded with a period of aggressive support from federal and provincial governments.”

At one point, a biofuels advocacy organization ran a “Thank you Stephen Harper” publicity campaign to credit the former Conservative government for promoting biofuels, including direct subsidies to biofuel producers and fuel regulations that required gasoline to contain five per cent renewable fuel content. Provinces also got on board with their own subsidies and renewable fuel rules.

It all came at a steep, hidden cost, says the report.

“Total consumer costs from ethanol policies over the 2012-2015 period were approximately $1.3 billion and increased over time,” says the study, while biodiesel policies cost consumers more than $500 million over the same period.

The three million tonnes of CO2 reduced annually through the biofuel policies is less than the 4.3 megatonnes of emissions the Trudeau government approved last week from a single liquefied natural gas project in northern British Columbia.

Ragan said biofuel subsidies were a reasonable option to try when broad-based carbon pricing—through direct taxes or cap-and-trade markets—was politically toxic. With Alberta, B.C., Ontario and Quebec entering or already in the carbon-pricing game, that’s no longer the case.

“Once we now have carbon pricing as a reality, you want to think about all the kinds of policies you don’t need anymore—because a carbon price just does the job a whole lot better,” said the ecofiscal commission chairman. “This is a prime example.”