Company to use Gigafactory to turn out Powerpack units, expects to build and install system outside Los Angeles within three months 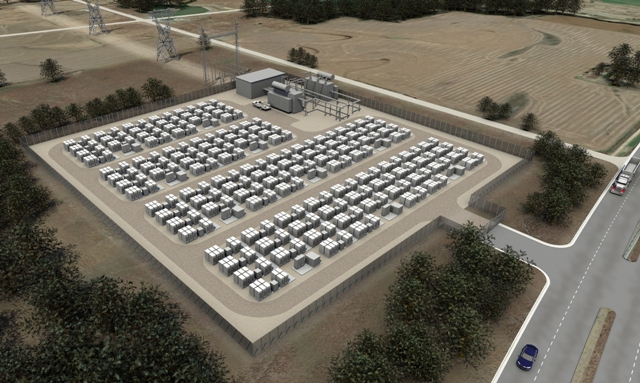 “This system will be the largest lithium ion battery storage project in the world,” Tesla said in a statement. “When fully charged, this system will hold enough energy to power more than 2,500 households for a day or charge 1,000 Tesla vehicles.

Tesla did not release the value of the contract, but judging by the cost of smaller Powerpack systems, the battery storage units will run into the tens of millions of dollars. According to Tesla, customers can rack up a nearly US$3 million bill for a 5.4 MWh system.

Partly a response to the massive, months-long gas leak in the state late last year, the battery storage facility will help relieve pressure on California’s natural gas peaker plants, which are used to top-up the electricity supply during high-demand times.

Using its partially-complete Gigafactory to turn out the units quickly, Tesla said it expects to build and install the storage system east of Los Angeles within three months. When complete, the site will become the world’s largely lithium-ion storage project, at least until other larger projects come online.

The new contract comes at a time when the automaker is looking to take control of rooftop solar company SolarCity, a controversial move that would greatly increase its footprint in the energy industry.

Tesla’s auto division, meanwhile, is working to greatly ramp up production to prepare for the 2017 launch of the economy-priced Model 3. Compounding issues, General Motors released the details on its own low-priced EV that will go on sale by the end of this year. In addition to hitting markets a year earlier, the new Bolt will out-range the Model 3 unless Tesla improves plans for the vehicle’s battery.