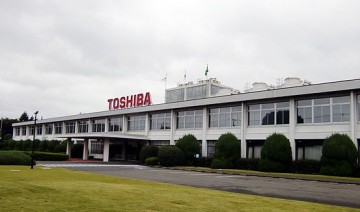 Toshiba said it has also reached an agreement with China’s Midea Group to sell its refrigerator business.

Separately, Toshiba said it reached an agreement with Chinese home appliance manufacturer Midea Group on selling its refrigerator and other so-called “white goods” business, targeting the end of March. Pricing and stakes have not been decided, company spokeswoman Midori Hara said.

Canon said in a statement that its acquisition of Toshiba Medical Systems Corp. as a 100 per cent-owned subsidiary would aid its ambition to expand its medical equipment business. Toshiba Medical’s strengths are in X-ray and ultrasound systems.

Tokyo-based Toshiba has been struggling with a major scandal over disclosures that company officials doctored accounting books for years after setting unrealistic earnings targets.

The company also is facing major problems in its nuclear business after the March 2011 accident at a plant in Fukushima, northeastern Japan, which sent three reactors into meltdowns.

Because of a public outcry amid doubts about the technology’s safety, all but two power reactors in Japan remain shut down. Toshiba’s electronics devices operations have also taken a hit because of intensifying competition and dropping sales.

For the fiscal year through March, the company is forecasting a 710 billion yen ($6.3 billion) loss, even bigger than its initial projection. It will be the company’s second year of red ink.

Toshiba’s chief executive resigned last year to take responsibility for the scandal. But efforts to reform corporate governance have turned up even more accounting wrongdoing.

Japanese corporate culture, with its emphasis on consensus, has often been blamed for systematic coverups at Japan’s most prestigious companies, including Olympus Corp. and Mitsubishi Motors Corp.

Unlike some Western accounting scandals, such scandals in Japan did not result in enrichment of individual employees. Instead, workers collaborated to “save face” for the company.