A long-exposure shot showing SpaceX’s Falcon 9 rocket blasting off from Cape Canaveral Air Force Station, Florida, and then landing close to where in took off. PHOTO: SpaceX

CAPE CANAVERAL, Fla.—The landing stage of SpaceX’s Falcon 9 rocket descended back toward the landing pad at Cape Canaveral Air Force Station on the east coast of Florida Monday night amid a flurry of control room excitement and apprehension. As the rocket’s boosters burst back to life, all but stopping its quick descent, the vehicle touched down harmlessly on the tarmac.

The historic touch-down was fourth vertical rocket landing attempt by the Elon Musk-headed company this year, and the only one that didn’t end in a fiery landing pad explosion. 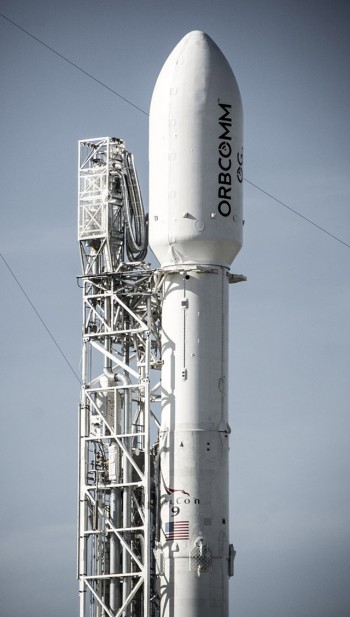 The mission matches rival space firm Blue Origin’s feat of successfully returning a reusable rocket to Earth, a milestone the company achieved last month. Because the SpaceX rocket is more powerful, and reached a low-earth orbit, the SpaceX achievement is being touted—at least by Musk—as more significant. The Tesla Motors and SpaceX CEO took to Twitter to highlight the importance of achieving orbit after Blue Origin’s successful landing.

As the heads of the two firms trade barbs, a new, privately-funded space race seems to be developing as companies rush to corner both the market for satellite launches and eventually manned commercial flights.

Along with the landing, SpaceX’s Falcon 9 successfully launched 11 satellites into low-earth orbit for communication and Internet of Things company, ORBCOMM.

Though attempting to land its reusable rocket was only the mission’s secondary objective, the milestone proves next generation space travel can be both significantly cheaper and more environmental than the off-Earth missions of the 20th century.