Engineers first pumped water uphill to store energy a century ago. Today, the technology makes up most of the world's storage capacity. But as wind and solar transform the power market, researchers are searching for the next breakthrough 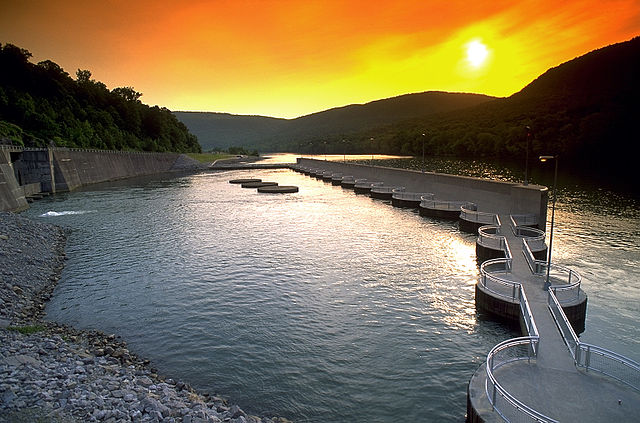 The relatively simple technology—which involves pumping water uphill into a reservoir and allowing the water to flow downhill to power a turbine later—has held a stranglehold on the energy storage market for more than a century, particularly when it comes to large scale projects. But with often prohibitive capital costs, a reliance on geography and the steady advance of new technologies, pumped hydro’s moment at the top could be coming to an end.

Last week, a team of researchers at the the Massachusetts Institute of Technology unveiled a new flow battery they say is the first that can compete with pumped hydro on cost and energy density.

Aimed at storing sporadic or off-peak power produced at wind and solar projects and releasing it on-demand, the researchers said their “air-breathing battery” can hold onto electricity for months at about one-fifth the cost of competing technologies. They published their findings in the journal Joule last week.

“This battery literally inhales and exhales air, but it doesn’t exhale carbon dioxide, like humans—it exhales oxygen,” said Yet-Ming Chiang, a materials science and engineering professor at MIT and one of the paper’s co-authors.

The new sulfur-based flow battery produces no emissions, and unlike pumped hydro, it has few location restraints. The battery uses sulfur dissolved in water for its anode, while an aerated liquid salt solution in the cathode continuously “breathes” in and then releases oxygen, which balances the charge as ions move between the electrodes.

Setting out with the goal of creating a battery that could be both low-cost and designed on a very large scale, the researchers committed to use cheap and abundant sulfur as an anode, but struggled to identify a usable cathode. It took a serendipitous discovery in the lab to confirm a compound called potassium permanganate as a cheap, effective cathode material.

While the compound will not usually work in a rechargeable system, Chiang gave it a shot anyway. The initial reversal reaction failed, as expected, but he found the battery was in fact recharging as a result of an oxygen reaction in the cathode—hence “air-breathing.”

“That was the ah-ha moment,” Chiang said.

The battery is currently in the prototype stage—and is no bigger than a coffee cup—but the initial results are promising.

The researchers said the system’s total chemical cost amounts to about 1/30th of its competitors, such as lithium ion. The team is made up of a number of professors, graduate and undergrad students, including the paper’s lead author Zheng Li, who was a postdoc researcher at MIT during the research and is now a professor at Virginia Tech.

The battery can also store energy for long periods of time, discharging over a period of months.

“The energy density of a flow battery like this is more than 500 times higher than pumped hydroelectric storage,” Chiang said. “It’s also so much more compact, so that you can imagine putting it anywhere you have renewable generation.”

The next step will increasing the size the battery to test it on a larger scale—something that typically comes easily for flow batteries, Chiang said.

While there are few guarantees for early-stage technologies, if the new battery reaches the market, it’s likely to find no shortage of competition.

Along with improving lithium-ion technology, companies and researchers the world over are scrambling to develop new types of batteries and other clever systems capable of storing energy from renewable projects—such as packing underwater balloons full of compressed air or turning heavy trains into a rolling batteries using regenerative breaking.