Red Planet or bust: SpaceX plans to send capsule to Mars before decade’s out 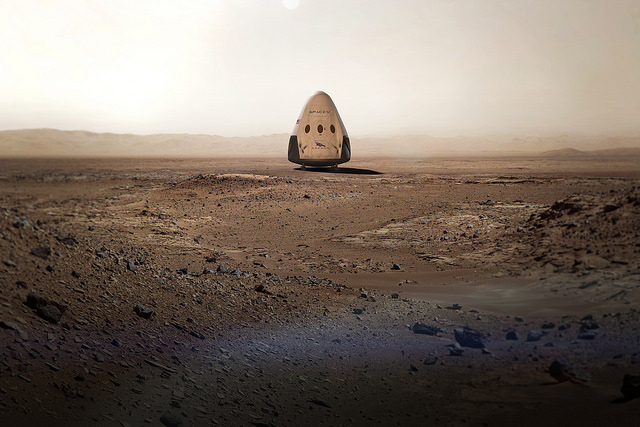 Though no humans will be aboard the first test flight, SpaceX has laid out an ambitious timeline for its first long-duration mission. PHOTO: SpaceX

The company’s billionaire founder and chief executive Elon Musk says he plans to send a Dragon capsule to the red planet as early as 2018. He announced the news via Twitter.

No astronauts will accompany Red Dragon on this first test flight. Musk says he wouldn’t recommend transporting crews in Dragons beyond the moon. He says the internal volume is only about the size of an SUV.

The California-based SpaceX already is using Dragons for space station supply runs. NASA astronauts are next; the company could start transporting Americans to the space station by the end of next year.

Musk notes that the upgraded Dragon for humans is designed to land anywhere in the solar system.