Wiegand sensors have been used for proximity sensing in several ways 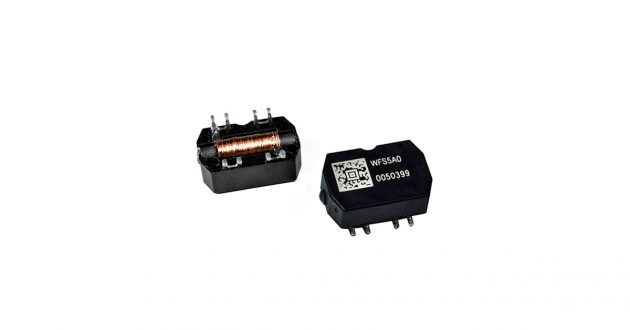 However, when the external field reaches a certain threshold, the polarity of the wire segment will abruptly reverse. This polarity switch occurs within a few microseconds and can generate a distinct current pulse in a fine copper coil wrapped around the ferromagnetic core. This pulse is strong enough to activate logic circuits and can be used to energize low power electronic chips. This self-powering capacity of Wiegand sensors helps make them more reliable — and safer — since they can provide signals for alarm systems without external power sources. There is no need to check or replace backup batteries, sharply reducing maintenance requirements!

Wiegand sensors have been used for proximity sensing in several ways. If the external object is magnetized, or has one or more small permanent magnets mounted on it, then the Wiegand sensor will respond when the object comes close enough to trigger a polarity reversal. This can be used to detect and measure linear or rotary motions.

Alternatively, the Wiegand sensor can be mounted between a set of permanent magnets. When an iron or steel object come close enough, it will have the effect of distorting the magnetic field immediately around the Wiegand sensor enough to trigger a polarity flip and generate a current pulse.

Advantages of Wiegand sensors: Wiegand sensors are intrinsically safe, since their self-powered characteristics mean that they can function without external power sources. There is no mechanical contact between the source of the alternating magnetic field and the Wiegand wire assembly and no wear. Wiegand systems will function reliably for billions of cycles. The sensors are physically rugged, can operate over a wide range of temperatures. They are also insensitive to electrical noise. Response is consistent over a frequency range of near-zero to well over 30kHz.