Porsche charging up to take on Tesla, will launch new electric sports car 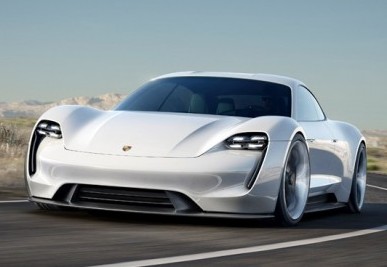 Porsche’s Mission E concept car. The company said the new vehicle will reach 100 km/h in less than 3.5 seconds and have a range of more than 500 kilometres. PHOTO: Porsche

ATLANTA—Environmentalists, it seems, have a need for speed.

With Tesla Motors already pushing the boundaries of battery electric propulsion, sports car mainstay, Porsche, has firmed up its plans to enter the fray with a major investment and some ambitious automotive blueprints.

Dubbed “Mission E,” the company will invest approximately 1 billion euro, or $1.46 billion in an all-new assembly plant at its main manufacturing site in Stuttgart-Zuffenhausen. The company said the project will create more than 1,000 jobs at its German campus alone, as well as many others at research and development as well as parts facilities.

“[Porsche is] beginning a new chapter in the history of the sports car,” Oliver Blume, chairman of the automaker’s executive board, said.

Along with a new assembly plant, the company will build a new paint shop and expand its existing engine factory to support the production of the all-electric motors. 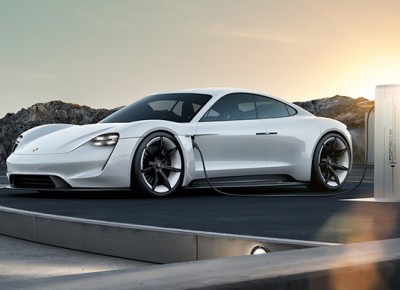 The automaker plans to use an 800-volt charger in the new vehicle, which would allow drivers to spend less time in the garage and more time on the road. PHOTO: Porsche

“With Mission E, we are making a clear statement about the future of the brand,” Wolfgang Porsche, chairman of Porsche’s supervisory board, said. “Even in a greatly changing motoring world, Porsche will maintain its front-row position with this fascinating sports car.”

Premiering at the Frankfurt International Motor Show earlier this year, Porsche said its new concept vehicle will be a “technological trailblazer,” combining outstanding driving performance with day-to-day practicability. The concept version of the automaker’s first all-electric has power output of more than 600 horsepower and can accelerate from 0 to 100 kilometre per hour in less than 3.5 seconds. The planned range for the performance vehicle is more than 500 kilometres.

“We are resolutely taking on the challenge of electric mobility. Even with solely battery-powered sports cars, Porsche is remaining true to its philosophy and offering our customers the sportiest and technologically most sophisticated model in this market segment,” Blume said.

To support the souped-up electric, Porsche plans to employ an 800-volt charger unit, which it noted is twice as powerful as today’s quick-charge systems, something that could help drivers spend more time on the road and less time charging up. The firm also plans optional equipment that would allow wireless recharging using an induction coil that could be installed in a garage floor.

Scheduled to hit dealerships and city streets by the end of the decade, the new vehicle is a clear indication Porsche has no intention of allowing Tesla free reign over the electric sports car market.