The contract consists of a firm $6 million for the delivery of 18,000 jackets and 38,760 trousers to the Canadian Forces 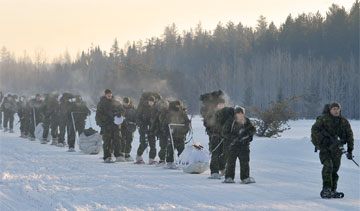 The contract consists of a firm $6 million for the delivery of 18,000 jackets and 38,760 trousers to the Canadian Forces, and two options for similar quantities having a combined maximum value of $12.2 million set for the third and fourth years of the deal.

Unisync said in a press release the highly sophisticated garments are scientifically designed and adapted to serve the men and women of the Canadian Forces in combat.

This ECU contract is a follow-on to the New Enhanced Combat Uniform contract awarded to Peerless in 2012. Peerless has been a key supplier to the Canadian Forces since the early 1950s. The military operational clothing reduces detection through camouflage and concealment while ensuring that soldiers are kept warm, dry and comfortable when exposed to a variety of weather conditions.