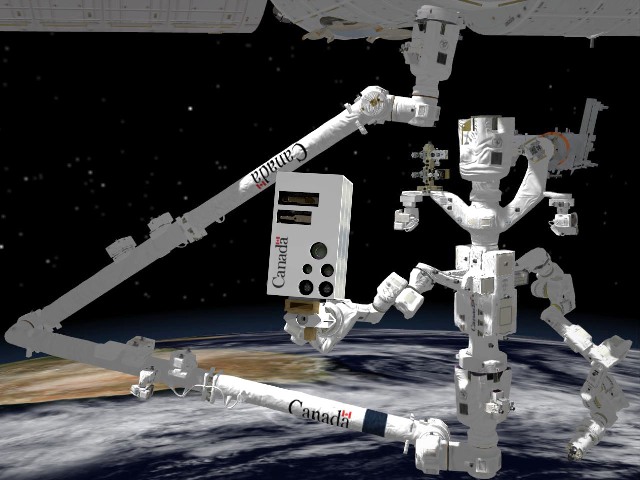 The new vision system will be mounted onto Dextre, the system that inspects the external components of the ISS. PHOTO: Government of Canada

LONGUEUIL, Que.—Neptec Design Group Ltd. has won a $1.7 million contract to build a new system that will monitor the external components of the International Space Station.

Handed by down the Canadian Space Agency, the new vision system will be mounted onto the ISS’s robot helper known as Dextre. The system is used to inspect the outside of the station and identify any damage. Because of the environment in orbit, the station is often hit with small debris.

“Neptec is pleased to have this opportunity to adapt our world-class 3D LIDAR and infrared camera technologies to enhance the safe operation of the International Space Station and support future space exploration,” the company’s CEO, Paul Nephin, said. “Spin-offs from the technology will give us an edge in world markets for Earth applications such as increased mining productivity, safer operation of subsea oil and gas infrastructure, and guiding self-driving vehicles.”

The system is about the size of a microwave oven and will spot damage overlooked by human eyes. It combines three sensors: a 3D laser, a high-definition camera and an infrared camera.

“Designing and developing technology for the International Space Station has allowed Canadian space companies to become world leaders in space robotics and optics,” Navdeep Bains, Canada’s Minister of Innovation, Science and Economic Development, said following the announcement in Longueuil, Que. “The Government of Canada is pleased to contribute this new technology that combines these strengths, while giving the world a new vantage point on the International Space Station.”