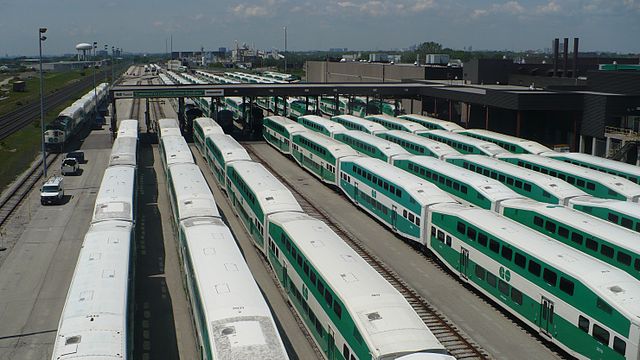 TORONTO—A new study that will pit hydrogen-powered rail cars against conventional electric trains wired into overhead catenaries is getting underway in Ontario.

The province has issued a request for proposals for its “hydrail” feasibility study and is calling for entries from companies capable of carrying out concept design work on bi-level hydrogen fuel cell trains.

Ontario transit agency Metrolinx said earlier this year it would look into hydrogen rail as an option for replacing the diesel locomotives currently stalking commuter rail lines across the Greater Toronto and Hamilton Area. The largely unproven technology will be up against traditional electric trains powered by overhead wires.

Though the first fuel cell-powered train took to the rails just last year in Europe, opting for the technology would mean Ontario would not need to invest in costly overhead wires to power its rails. For hydrogen fuel, the province could also potentially turn to its own surplus of clean power.

Under the RFP, the province plans to commission hydrogen designs from a number of rail manufacturers. The companies will need to power a two-level Electric Multiple Unit (EMU) train using fuel cells; unlike trains that include locomotives, EMUs use electric engines on each individual rail car for propulsion.

As with any new technology, however, there would likely be a large number of hurdles to overcome in order to get the project from paper to practice.

The rail electrification project is part of a $21.3 billion GO Transit modernization the province says will transform the commuter rail network into a Regional Express Rail system.

The Ontario government said it expects to conclude the hydrogen rail study by the end of the year and make a decision on how to electrify Toronto’s rails shortly after.