One year in operation, Shell CCS project has captured a million tonnes of CO2 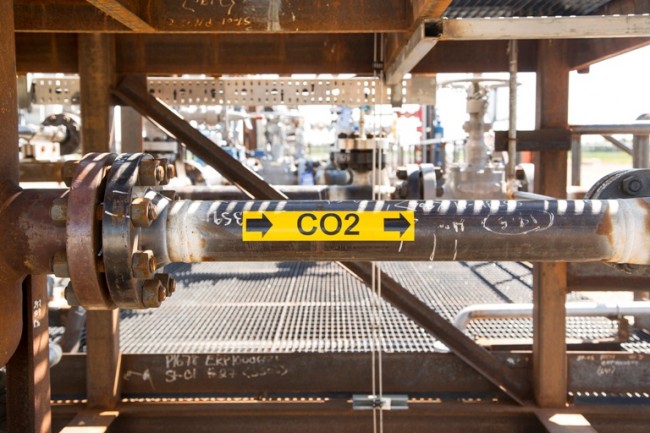 Part of a CO2 injection well at the Quest Carbon Capture and Storage Project in Alberta’s oilsands. PHOTO: Shell

CALGARY—Shell Canada says the first carbon capture project in the oilsands has successfully sequestered one million tonnes of carbon dioxide deep underground after a single year of operation.

The company, which developed the $1.35-billion Quest project with the help of $745 million from the Alberta government and $120 million from Ottawa, says the project is operating ahead of schedule and under budget.

“There isn’t a metric that hasn’t finished very strongly in green. I don’t think we can say that about many projects,” said Zoe Yujnovich, executive vice president for heavy oil at Shell.

The Quest project is designed to capture about a third of the emission from Shell’s Scotford Upgrader near Fort Saskatchewan, Alta., turn it into a near-liquid, and then pump it over two kilometres underground into porous rock formations.

But the project, and carbon capture operations in general, have faced significant criticism as high cost, stop-gap measures that rely heavily on government funding, but Yujnovich says the technology provides an important bridge as part of a long-term transition toward renewable. 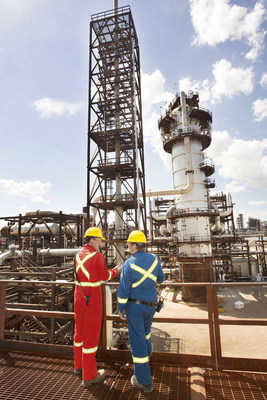 The project mitigates about one-third of the emissions from Shell’s Scotford Upgrader near Fort Saskatchewan, Alta. PHOTO: Shell Canada

“The question for all of us is to say in the meantime, with the demand that still exists for oil products, how do we go about being as efficient as possible at extracting the oil from the ground?” she said. “I think the use of something like carbon sequestration, and the ongoing operational improvements that we’re constantly committed to, are a part of us navigating across that bridge.”

As to building carbon capture projects without government support, she says it largely reliant on higher carbon prices and more options on selling the carbon captured.

Tim Wiwchar, who helped lead the Quest project, says that thanks to operational and cost improvements, carbon capture projects could be self-sustaining with a carbon price of less than $100 a tonne of carbon.

He said if the Quest project were to be built again today, he expects it would cost 20 to 30 per cent less to construct and operate.

As part of the government funding requirements, Shell and its partners have made the designs and learnings from the project publicly available, which could save $100 million on engineering.

Shell is also working to improve the environmental process of the sequestration itself, which Wiwchar said emitted somewhere between 120,000 and 150,000 tonnes of CO2 while capturing the million tonnes.

Improving the metrics of carbon capturing is important because government appetite to fund the projects is waning. The Alberta NDP says it will honour funding commitments on the two major projects in the province, but has no plans to fund any future ones.

Saskatchewan’s government has also faced criticism for the provincial utility’s $1.5-billion Boundary Dam carbon capture project at a coal-fired power plant, as reliability issues had it capturing far less CO2 than planned in early operations, and helped lead to increases in power prices.

If the economics of the projects can be improved, Wiwchar says there’s no lack of space to sequester the carbon in Western Canada thanks to the size of the porous rock formation that underlies the Prairies.

He said Shell only expects to fill about five to seven per cent of its allotted 3,600 square kilometres over 25 years of operations.

“You could do another 20 Quests for the next 25 years just to fill up that zone, and this Basal Cambrian Sands goes all the way from northwest Alberta into Saskatchewan and even touching Manitoba,” Wiwchar said.