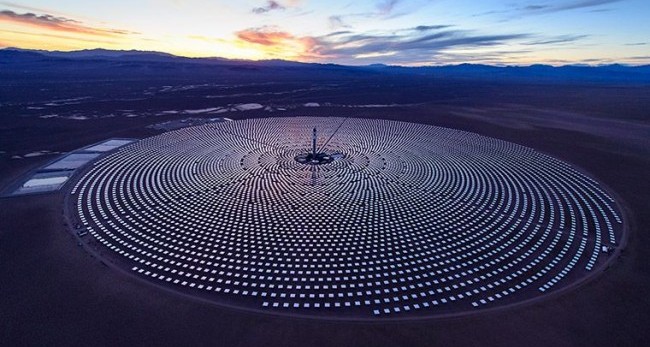 The Crescent Dunes solar project outside of Tonopah, Nev. The site uses a molten salt receiver and 10,347 heliostats. PHOTO: SolarReserve

SANTA MONICA, Calif.—Jutting out of the rocky waste of the Great Basin Desert outside Tonopah, Nev., a 640-foot (195-metre) molten salt solar tower— circled by a series of more than 10,000 heliostat mirrors—is now pumping 110 megawatts of clean energy into the western state’s electricity grid.

“Crescent Dunes shows what the Silver State can accomplish with clean energy when we are serious about competing for investment in the global growth industry of the 21st century,” Harry Reid, the senior U.S. senator for Nev., said. “Nevada will benefit for decades as engineers and experts from around the world come to Tonopah to see what is possible when the public and private sectors come together to build the next generation of clean energy technology.” 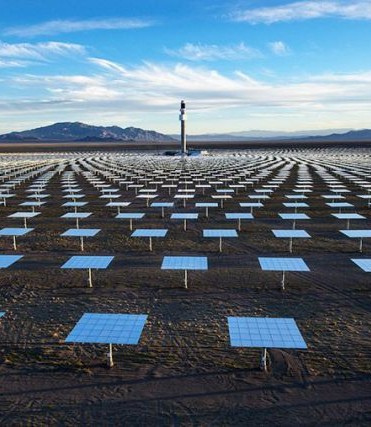 Crescent Dunes produces energy by focusing the sun’s thermal energy on the approximately 640-foot molten salt tower receiver at the centre of the complex.

Coursing through the tower is solar-heated molten salt, which flows through the tower’s two receiver circuits at a rate of about 5,800 gallons (about 22,000 litres) per minute. Inside the tower, the salts are heated from 550 F (288 C) to 1050 F (566 C). The scalding salt produces steam in the facility’s storage tank, which is used generate electricity.

After the sun goes down, the salt retains sufficient heat for up to 10 hours, allowing it to continue producing power. Following significant testing, and now full operational results, the company says the solar tower and molten salt heat transfer system is performing in excess of initial expectations.

As engineers have finalized the operations of the Crescent Dunes project, SolarReserve has begun pursuing opportunities to employ the same technology around the world, saying the system has the potential to produce the same consistent, on-demand power as coal or natural gas plants, with none of the emissions. The Santa Monica, Calif.-based company also expects the climate goals set down at the COP21 Conference last year in Paris will help it build its market share overseas. 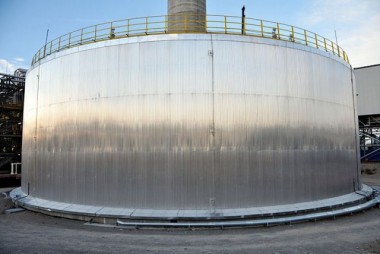 The molten salt storage tank at the Crescent Dunes project site in Nev. The energy storage system allows the solar plant to generate electricity long after the sun has gone down. PHOTO: SolarReserve

“The climate deal unveiled in Paris has the potential to catalyze a global energy transformation. It will further accelerate implementation of renewables around the world, including within emerging markets such as Africa, Latin America and Asia,” Kevin Smith, SolarReserve’s CEO, said. “As renewable energy penetration grows, the need for cost-effective, utility-scale renewable generation with storage technology is becoming increasingly important for mitigating intermittency problems, delivering power into peak demand periods and supporting transmission system reliability.”

SolarReserve has already secured a 100 MW project scheduled to begin construction in South Africa this year, as well as a 260 MW Chilean solar project that has received preliminary approvals from the South American country’s government. The company is actively pursuing opportunities in China and other solar energy growth markets as well.