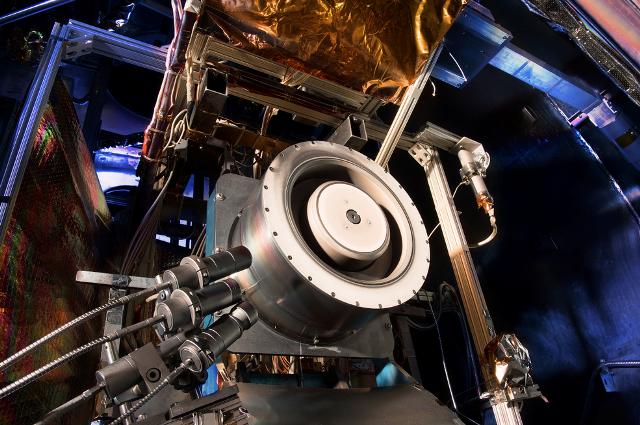 WASHINGTON—In the more than five decades of manned spaceflight, no human has been farther from home than Cmdr. James Lovell and the crew of Apollo 13. The wayward spacecraft swung around the dark side of the Moon at more than 400,000 kilometres (248,00 miles) from Earth as the astronauts abandoned their attempt to reach the surface, marking the farthest point from our planet any humans have ever been.

Nevertheless, as NASA emerges from its period of stagnation—at least when considering manned missions—the space exploration agency has its sights set squarely on more ambitious horizons. To get to Mars and beyond, the government agency has awarded a US$67 million contract to Aerojet Rocketdyne Inc. for the design and development of an advanced electric propulsion system expected to deliver 10-times the fuel efficiency of current technology and twice the thrust.

“Through this contract, NASA will be developing advanced electric propulsion elements for initial spaceflight applications, which will pave the way for an advanced solar electric propulsion demonstration mission by the end of the decade,” Steve Jurczyk, associate administrator of NASA’s Space Technology Mission Directorate (STMD), said. “Development of this technology will advance our future in-space transportation capability for a variety of NASA deep space human and robotic exploration missions, as well as private commercial space missions.”

Covering 36-months of work, the $67 million agreement will allow the Redmond, Wash.-based company to construct and deliver the electric propulsion system, which NASA will then test and evaluate. Relying on electric propulsion technology for long-duration flights, NASA has used the non-chemical systems in some of its missions aimed farther afield, such as its Dawn missions to Vesta and Ceres.

Under the agreement, Aerojet will oversee the development of a range of components, including a thruster, a power processing unit, a low-pressure xenon flow controller, and an electrical harness. If successful, the new contract includes further build options and later units could eventually take humans farther from Earth than they’ve ever been.