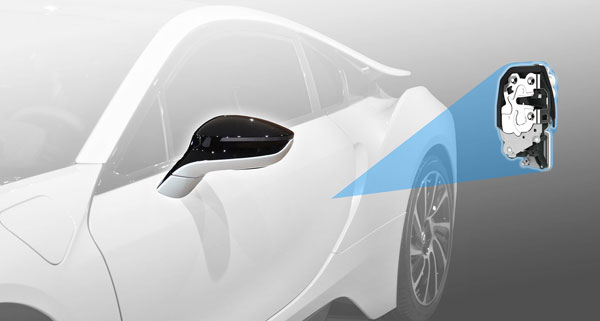 According to Magna, it developed outside mirrors with hidden turn signal indicators and an electronic side-door latch system that are featured on the latest and greatest out of Bavaria.

The shapely outside mirrors include a hidden indicator that is fully integrated so that the mirror housing and turn signal lens are one and the same.

Invisible when not in operation, Magna said the turn signal allows for improved aerodynamics and reduced wind noise—albeit incrementally.

Magna’s SmartLatch electronic side-door latch requires no cables, rods or moving handles in the door, which help cut weight, as well as the number of components used in the car.

Thanks to the elimination of the lock rods, release cables and handles, Magna said its SmartLatch is a lower-cost door latching system that is flexible enough to be used in any type of car or truck.

“We expect SmartLatch to become the benchmark for door-latch designs over the next few years,” said Frank Seguin, president of Magna Closures and Magna Mirrors. “The BMW i8 is an ideal vehicle on which to debut both of these game-changing technologies—the ‘i’ stands for innovation, after all.”