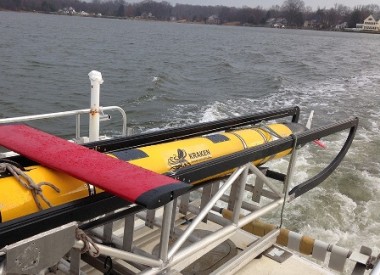 The company has announced the NRC will provide the St. John’s-based firm with $495,000 toward its Kraken Active Towed Fish (KATFISH) high-speed, high-resolution seabed mapping technology through the Canada Industrial Research Assistance Program.

“We are very grateful for the continued support from NRC-IRAP. Their assistance enables us to continue to innovate our seabed survey solutions,” Karl Kenny, the company’s president and CEO, said. “We’ve stated on many occasions that cost effective and high resolution seabed mapping is mission-critical for many military and commercial applications.”

The company says its KATFISH system provides the highest resolution image of the seafloor at the lower cost than other competing sonar platforms. It can be deployed and optimized for both manned and unmanned surface ships.

The east coast firm’s target markets for the technology are commercial companies operating offshore, such as oil and gas firms, as well as the maritime defence market. For the military market in particular, Kraken is focusing on unmanned surface and underwater vessels.