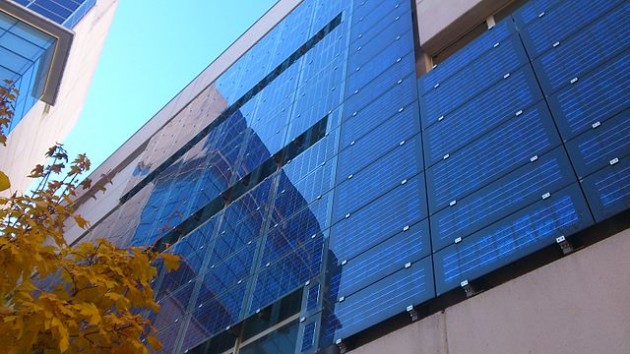 NEW YORK—One of the world’s largest banks has released a report analyzing the economic case for investing heavily in clean energy technology – and the results may surprise you.

As global GDP is set to triple by 2060, from US$80 trillion to $260 trillion, the world will need to spend a staggering $200 trillion on energy sector investment before 2040, according to a Citi Global Perspectives & Solutions report. The cost of that investment, however, would be virtually the same whether money is poured into “business as usual” investments or clean energy solutions. Citi estimates an “inaction” scenario would cost $190.2 trillion, while an “action” on clean energy scenario would cost $192 trillion between 2015 and 2040.

“In the context of potential implications of climate change inaction on society and global GDP, and with the additional benefit of cleaner air, the ‘why would you not’ argument comes to the fore, an argument that becomes progressively harder to ignore over time,” the researchers said.

Though the report notes renewable energy investment costs significantly more than conventional alternatives, the benefits of wind and solar power take hold over time in the form of fuel savings and avoided future costs.

“‘Inaction’ would lead to a reduction in global GDP which could reach $72 trillion by 2060 depending on temperature increase, scenario and discount rate used,” the report says. The statistics measuring the potential damage to GDP due to climate change are sourced to the OECD and show a 1.5 C rise in temperature could result in $20 trillion of GDP damage. Likewise, a 2.5 C rise would cost $44 trillion and a 4.5 C temperature hike would erase $72 trillion from global GDP.

“It is not just policymakers that must think outside of the box; to provide the vast amounts of capital required in different and new industries and locations will require significant innovation on the part of financial markets and institutions,” the report says.

Meanwhile, the report’s authors, who note they are not climate scientists, but researchers looking objectively at the economics surrounding the global warming debate, say adopting low-carbon solutions would not be without losers.

“A study has shown that if we are serious about meeting the ‘carbon budget’ and have a chance of limiting temperature increase to 2 C, then globally one-third of oil reserves, half of gas reserves and 80 per cent of coal reserves would have to remain in the ground; we estimate that the total value of stranded assets could be over $100 trillion based on current market prices,” the report says.

As countries worldwide prepare for UN climate talks in December, something the researchers called “the first real opportunity to reach a global legally binding agreement for the reduction of greenhouse gas emissions,” some action is already being taken. U.S. President Barack Obama’s Clean Power Plan, for example, is a step toward greatly reducing carbon emissions in the U.S.’s energy sector. It remains to be seen if the U.S. and other countries around the world will truly commit to the issue, however. The researchers, on the other hand, when faced with the “inaction” and “action” scenarios, clearly favoured one outcome above the other.

“Paris offers a generational opportunity; one that we believe should be firmly grasped with both hands,” the researchers said.